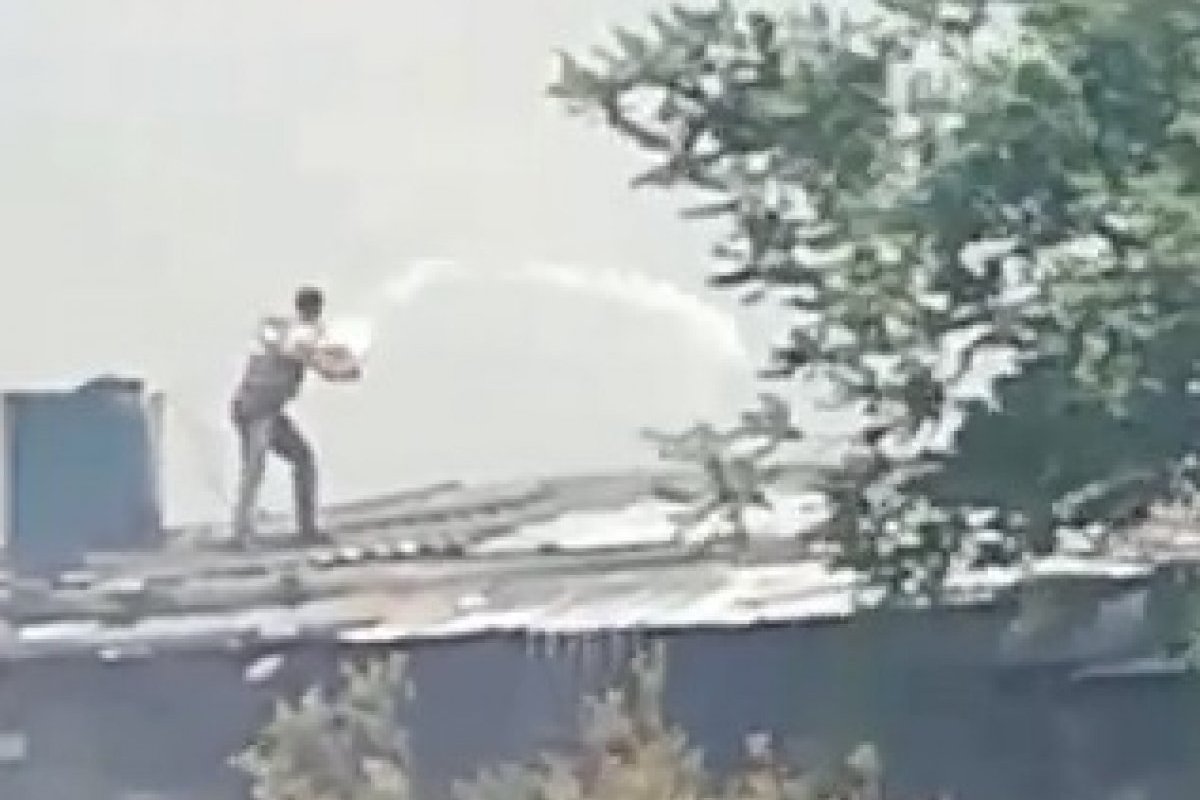 In the middle of the red alert declared in the commune of Puente Alto, when a fire broke out in a clandestine dump in the cordillera sector, several houses were about to be burned by the fire.

When she saw the flames and the fire threatening her house, a woman refused to leave the building, which was the result of years of work. Faced with this critical situation, Petty Officer Pedro Ortiz Cornejo, from the Vizcachas police station, went to help the lady who cried in despair.

"In these moments, the NCO promised him that if he left his house he would save his house, and that is how the carabinier went up to the roof of the house where the flames already burned part of him and in one action he began to draw water with a bucket of a deposit that continues to wet the roof and part closer to the flames, "said the institution.

Petty Officer Ortiz Cornejo said: "I went up on the roof and in the buckets, I was able to help this lady, who along with her husband is dedicated to being temporary." When someone swears as a policeman, until life is given, if necessary, for our community. "