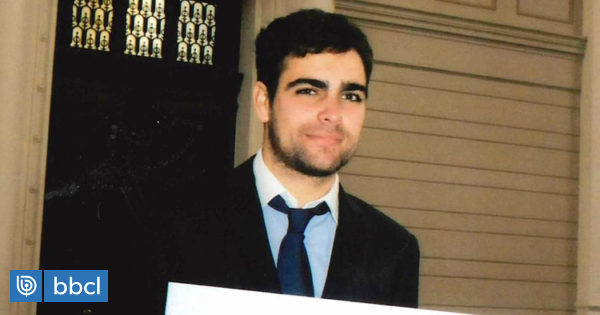 Senators from the opposition questioned the appointment of the Senior Officials' Meeting (SOM) at the APEC summit – which brings together 21 economies from the Asia-Pacific region – that will take place on November 16 and 17 in our country.

It is about Benjamín Salas KantorSon of the Sports Minister, who will have to coordinate the activities of the committees and working groups at the summit, explained El Mercurio.

In the middle of a meeting of the APEC organizing team and members of the Senate Foreign Relations Committee, Ricardo Lagos Weber questioned "Quality and experience", arguing that there are more suitable professionals.

In addition, José Miguel Inzulza said that he knew him and did not doubt his legal knowledge, but in the economic plane. "At APEC you have to be careful, because what you are doing is very delicate"he said.

In that sense, the undersecretary of Foreign Affairs, Carolina Valdivia, said in the case that "I have the highest legal and professional credentials of him. He was an official of Difrol, he knows the environment of the Chancellery."

"He is a highly qualified, capable, intelligent and committed person. It has the support of the next Secretariat for Economic Relations and the team in charge of APEC., he said.

Meanwhile, Foreign Minister Roberto Ampuero said it is a presidential decision, but that he is an experienced person.

"At 27, 30 years, prominent men and women have prominent positions in our country," he said.

This situation comes amid controversy over the appointment and consequent resignation of an associate in the United States, Fernanda Bachelet Coto, daughter of a friend of President Sebastián Piñera.

At the time, it was reported that the 27-year-old lawyer is very close to Piñera, has his office on the second floor of La Moneda – 10 seconds of the president – and talks every day with him.

Previously, during the administration of Michelle Bachelet, she collaborated in the Silala River before The Hague, after arriving at the Ministry of Foreign Affairs in 2016 at the invitation of the renowned lawyer Alberto van Klaveren. He worked alongside José Miguel Inzulza and Agent Claudio Grossman, he noted.

From that moment he worked in the National Direction of Frontiers and State Boundaries (Difrol), in parallel, he was professor of the Faculty of Law of the UC.

The government of Sebastián Piñera arrived on March 9, 2018, when he resigned from the post at the Foreign Ministry and rejected a scholarship from the University of Cambridge.