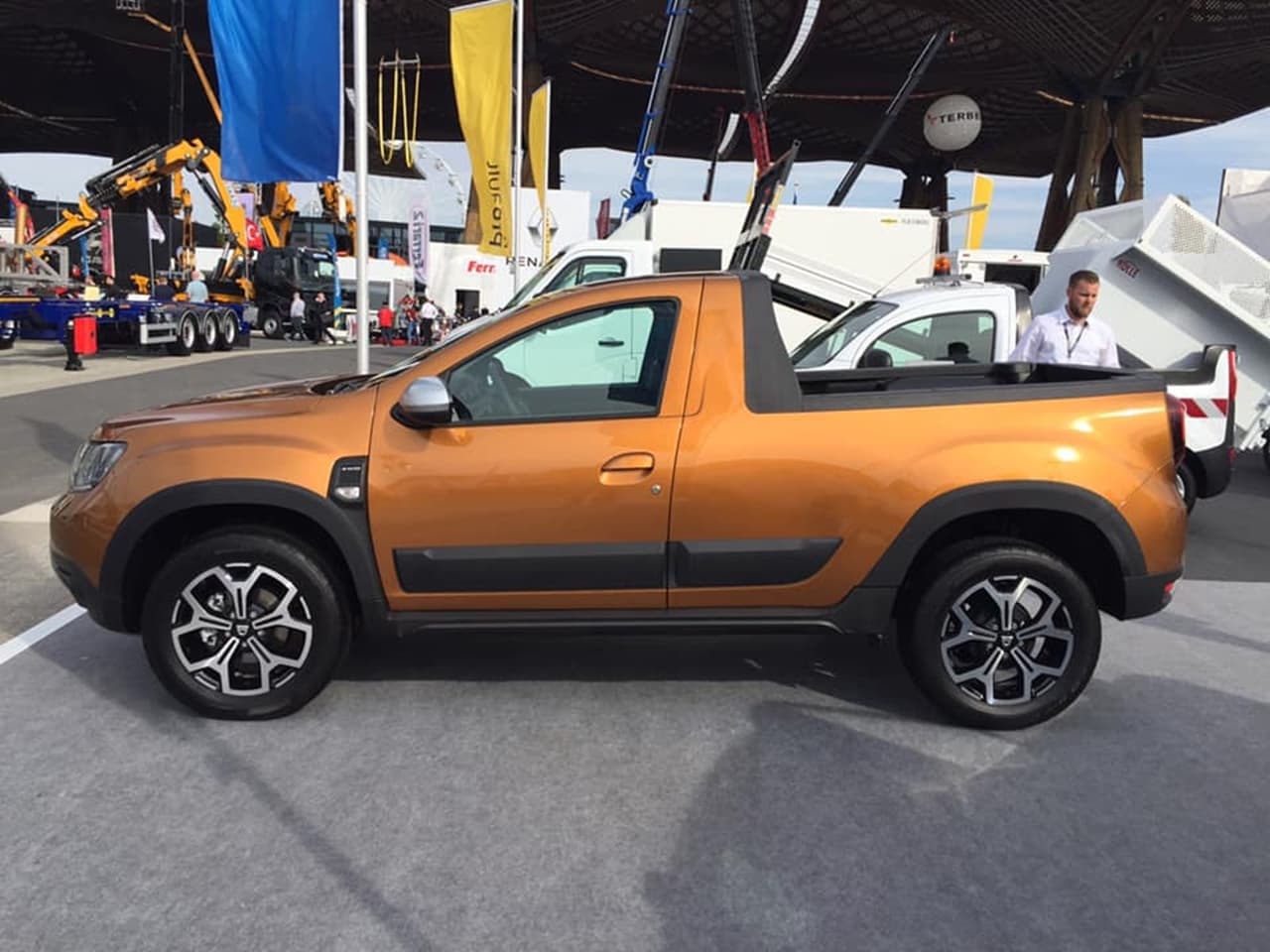 A few months ago, we talked about the Romanian bodybuilder Romturingia, a bodybuilder who created a Dacia Duster pickup, introducing it to the public a few months ago. This Dacia Duster transformation project was carried out without the support of the Renault subsidiary, but the end result seems to have delighted Dacia. In that Dacia is in talks with Romturingia to bring the Dacia Duster Pick-Up to resellers. A completely official news, which includes the Romanian portal 0-100.ro with statements by the president of the Dacia. Open path to the cheapest pick-up on the market.

Before entering into the flour, we must remember that It will not be the first time that Dacia manufactures a pick-up. There were pick-up versions of its old cars, based mainly on the old Renault 12. There was also a pick-up version of the first generation Dacia Duster, sold especially in South American markets such as Renault Duster Oroch. The positioning of this locally assembled pick-up in Mercosur was fundamentally playful. A fundamental difference compared to the new Dacia Duster Pick-Up, which will be a car oriented mainly for professional clients.

It could be sold only in a two-seat cabin configuration, leaving the lead role for the cargo space.

Romturingia has already introduced to the public the first prototypes of this Dacia Duster with cargo box, based on the top-of-the-line version of the Romanian SUV. The car that will reach the European dealers of Dacia will be quite similar, although it is possible that in its adaptation to the production of great volume there will be changes in its design and configuration. In these moments Dacia and its marketing department are in talks with Romturingia, which will be a key partner In this project. The details that have occurred to date are very scarce.

We know that the car will be on sale in the second half of the yearand we know you will have a markedly professional orientation. This would imply Spartan finishes and sparse equipment, in order to keep costs under control. If sold only in a single cabin configuration, the playful customer will be virtually excluded from the equation – something we can not rule out at the moment. We will also have to clarify doubts about its mechanical configuration: it would be ideal to have 4 × 4 versions – with central differential locking at low speed.

At the time, there were not a few commercially oriented touristic ventures in Europe, such as the Skoda Pick-Up or the Fiat Strada.

These 4 × 4 versions would not be as effective off-road as the traditional pick-ups – think of the Toyota Hilux with stringer chassis and gearbox – but will be much more accessible and capable in less demanding situations. What is clear to us is that the Dacia Duster Pick-Up will be the vehicle of its cheapest style in the market.

Photo gallery of the Dacia Duster pickup from Romturingia