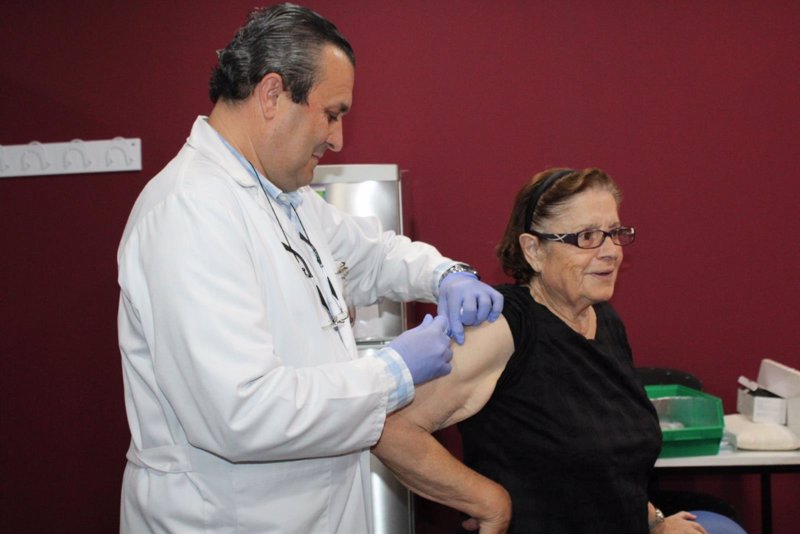 In their paper, they warn that influenza vaccination coverage remains low in many countries and leads to serious illness, hospitalization and premature death. "If there are no improvements in the use of vaccines, you can expect a significant burden on health systems during the next winter season," they warn.

In the study, a total of 19 countries provided vaccine coverage rates against the grive for the 2015-16, 2016-17 and 2017-18 crops. Detailed information was provided on specific risk groups, such as the elderly, people with chronic medical conditions, pregnant women, health professionals, and residents of long-term care facilities. These groups are the most likely to suffer serious complications, which is why most countries prioritize them for vaccination.

Only a few of the EU member countries that participated in the survey are close to achieving the 75% vaccination coverage target set by the EU to protect tens of thousands of people at risk of death and serious illness.

"The results of this research have shown that achieving high rates of vaccine coverage for those at higher risk of developing serious complications remains a serious public health problem. The best way to prevent or minimize influenza among vulnerable groups is through timely vaccination, although its effectiveness varies according to the virus. A sufficient vaccination coverage also saves money for health systems in reducing the rates of consultation and hospitalization, "explains the director of the ECDC Influenza Program, Pasi Penttinen .

Approximately half of EU member states reported increased use of influenza vaccines that provide more protection during the 2017/18 season. These new vaccines contain four strains of influenza or an adjuvant. In addition, six countries have used new immunization strategies targeting additional age groups, such as children.

ECDC will study in the coming winter seasons whether new vaccines and vaccination strategies will provide better overall protection. The report recommends improving vaccination coverage rates through communication campaigns targeting vulnerable groups, as well as ensuring adequate and sustainable funding of national vaccination programs. Likewise, countries that do not yet have a plan of action are encouraged to achieve higher coverage rates.