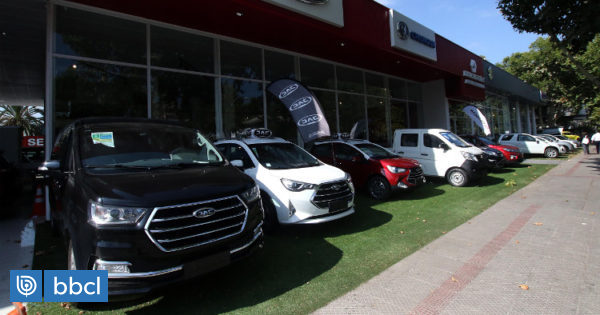 Economy Minister José Ramón Valente and the secretary general of the National Automobile Association of Chile (ANAC), Gustavo Castellanos, car sales in Chile in 2018those that they set a record since registering.

The passenger segment concentrated sales with 40% of the total and an average price of US $ 8.6 million.

For Valente, this result is an important sign of the dynamism of the economy and the confidence that the Chileans have in their future performance.

"Record growth in vehicle sales shows that people are confident that Chile is in progress and will continue in March this year, as that is the focus of President Sebastián Piñera's government," he said.

In addition to the good performance of the economy and the varied credit supply, Castellanos added that the dynamism of the market was driven by the "commercial strategies of the 68 brands in the country and by the number of models and versions they offered to the public this year." .

In addition, the Secretary of State pointed out that sales of vehicles they recorded double-digit growth in all regions of the country, especially in Los Ríos with 48%, Atacama (36.5%), Coquimbo (31.2%) and Ñuble (29.2%), which means that "the greatest economic growth is not being maintained in Santiago and is reaching all of Chile. "

"We will continue working day by day to fulfill the President's mandate to increase investment, improve productivity and elevate Chile to the car of the fourth industrial revolution, with the ultimate goal of bringing the country to development and thus improving the quality of life of all Chileans, "he said.