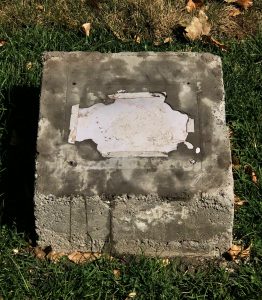 On December 10, Movilh installed in Cerro Santa Lucía the first monument to LGBTI rights, a landmark that was supported by the Council of National Monuments, the Museum of Memory, the National Institute of Human Rights, the Ministry of Culture, Arts and Heritage and the Municipality of Santiago.

The sign was installed in the framework of the 70th anniversary of the Universal Declaration of Human Rights. This, to emphasize that the LGBTI community also deserves them.

It may interest you: Movilh requests that the beauty parades "Reina de Los Ríos" be changed

Just 13 days after its installation, this Monday, December 24, the Movement for Integration and Homosexual Liberation He denounced that he was destroyed.

Through a press release, the group said that a few days after installing the First LGBTI Monument, Movilh became aware of the first threats and hate speech against the initiative of neo-Nazi and conservative groups.

Read also: Movilh spokesman for the bars discrimination El Túnel: "The judge forced them to form in sexual diversity"

"It's about the defenders of former presidential candidate Jose Antonio Kast, who asked to" scratch, dirty, irritate, vandalize, like what they do when they do not like it, "and the Newborn Social Patriotic Movement (MSP) which publicly criticized the installation of the LGBTI symbol, "they detail in the letter.

According to Jiménez, this will not intimidate them and announced that "we will reinstall the board as many times as necessary. Dignity and human rights will always outweigh crime. "