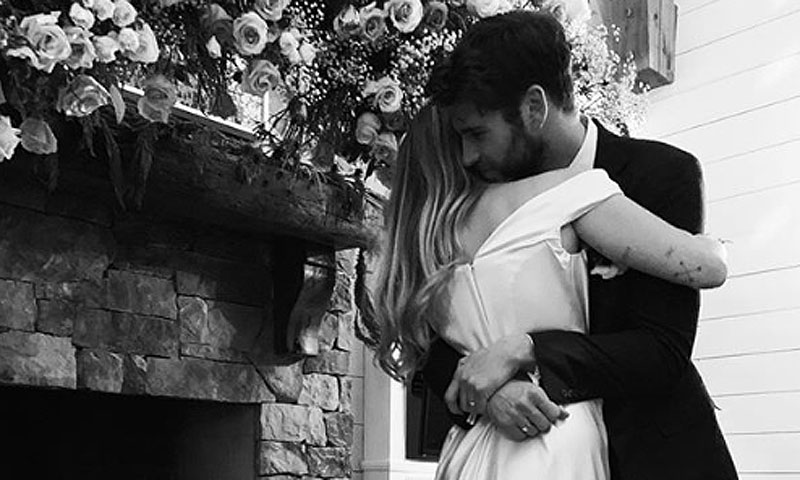 The couple married over the weekend at a small ceremony in Australia, Hemsworth's hometown. Cyrus's mother, Tish Cyrus, and her father, Billy Ray Cyrus, were present. Photos of his ceremony appeared on social media on Monday.

Cyrus confirmed the news on Wednesday in a series of posts on Instagram, including a photo of the couple embraced during the ceremony with the text "10 years later …".

The couple he first met on the set of The last song in 2009 and they started dating and even engaged in 2012. But they canceled their engagement the following year and separated for three years.

Cyrus recently spoke about the breakup and said: "(I) needed to change a lot. And changing (being) with someone who does not change that way is very difficult," he said. Outdoor. "Suddenly you're like," I do not recognize you anymore. "We had to recover from each other.".

Read too: "I do not need your gifts": Miley Cyrus turned a classic Christmas song into a feminist anthem

The stars were seen again in 2015, and in 2016, during an interview in The Ellen DeGeneres ShowCyrus confirmed that she and Hemsworth were not just together again, but that they were engaged. Since then, they have been quite discreet about their relationship, but Hemsworth put on Instagram last year a publication in which he calls Cyrus "Angel".

They were living together at their home in Malibu, which they lost in California fires last month. After the devastating incident, the couple donated $ 500,000 to the Malibu Foundation.