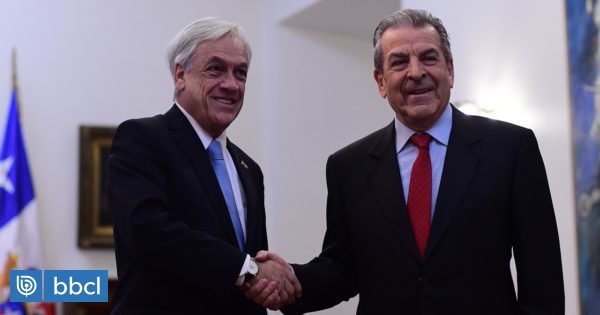 After the support given by the ex-president Eduardo Frei the Government's decision to subtract from UN Migration Compact, which triggered the rejection of sectors of the opposition, the president Sebastian Pinera He thanked the former president.

Piñera said that he liked the support of Frei, who "He understands the responsibilities of a president very well, and we should not make mistakes in that. The Marrakesh Pact encourages illegal immigration and reduces the country's sovereignty. "

From Frei's party, the Christian Democrats, the head of the bench, Matías Walker, the deputy Raúl Soto and the senator Francisco Huenchumilla criticized the position of the ex-principal.

As quoted by La Tercera, Walker asserted that Frei "has his opinion", that contrasts with the party's institutional position expressed in the draft resolution at the assembly. In addition, he said that "the statement of our former foreign ministers is to call on the government to reconsider its decision and, in summary, to accede to the global pact for migration, orderly and regular."

Deputy Raúl Soto, in turn, said that "one would expect a much more vision of the status of a person like Frei and not to be carried away by the temptations of extreme right populism. "

He also separated the positions of DC and Frei arguing that the party "today is opposition and it is government", since the former president is currently ambassador on special mission to the Asia-Pacific.

"I think you should choose, we can not continue to tolerate this kind of ambiguity. This causes tremendous damage to the game "added Soto.

Meanwhile, Senator Huenchumilla was equally harsh, asserting that "I would have expected a little more prudence from a former president of the Republic."