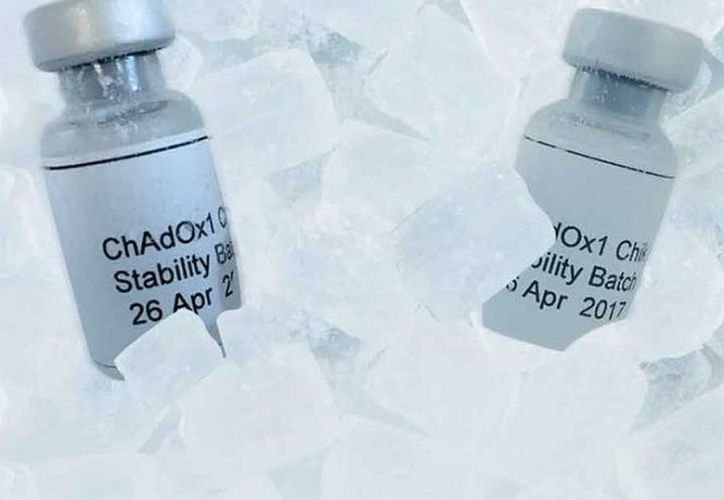 Agency
MEXICO CITY – Researchers working in the UK on chikungunya vaccine to conduct clinical trials in Mexico in 2020, which is the last step before, if all goes well, is declared successful by the World Health Organization (WHO) and can be released, said Mexican Excélsior Arturo Reyes-Sandoval, who was in charge of the trial. clinical

This vaccine began to be developed in September 2014, When the first news of the spread of the virus came to Reyes-Sandoval during his visits to Mexico and other regions of Latin America.

"It took exactly four years from its conception and design to be tested on humans, which is quite quick in terms of vaccines," said the independent researcher and head of a laboratory at the Jenner Institute.

You may also be interested in: Two die after the collapse of an airplane in Edomex

The adjunct professor at the University of Oxford commented that the tests will be held in Mexico with volunteers. "We plan to do it on 120 volunteers, aged 18-50, and healthy. "

The chikungunya vaccine they developed in the UK consists of an adenovirus platform that expresses structural antigens (from the surface of the chikungunya virus).

Poblano Reyes-Sandoval commented with this newspaper that, through a project supported by the British governmentThrough Innovate UK, the vaccine was produced under conditions of good manufacturing practice, ie for human use, and the corresponding ethical and regulatory authorizations were obtained to initiate clinical trial testing.

In Britain, they have already vaccinated nine people with three different doses and the same and "was completely safe, while immunogenicity was excellent."

For this clinical trial, 24 healthy volunteers were recruited, also between 18 and 50 years of age.

The vaccine will be staggered, increasing the dose administered. Six volunteers will receive the lowest dose, nine an intermediate dose and nine a high dose to determine the doses that are most effective and induce fewer side effects, Reyes-Sandoval said.

For people undergoing these tests they will be followed up for six months to quantify the immune responses.

Both tests, conducted in the UK and the one to be held in Mexico, are supported by UK funds awarded by the Innovate UK organization.

The clinical trial is conducted entirely at Oxford, at the Center for Clinical Immunization and Tropical Medicine (CCVTM), which is part of the Jenner Institute.

"We can say that the results are promising and that it is a partial success since none of the volunteers presented serious adverse reactions and responded very well against the Chikungunya virus antigens," said the researcher.

In the team that the Mexican leader collaborates in his closest circle, consisting of four postdoctoral scientists, as well as personnel from the Biomanufacturing Unit (approximately 20) and the Clinical Trials Unit (five) and the Laboratory of Human Immunology (five).

This is the first clinical trial that Reyes-Sandoval directs, since after 16 years of vaccine developmentnow he's in charge of testing them.

The biggest challenge the researcher faces, he said, is the time it takes to produce the Good Manufacturing Practices (GMP) vaccine, which requires every step in the preparation, each reagent, to be documented.