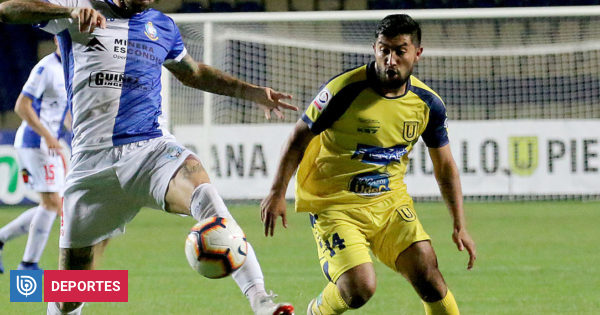 A sensible and hard message sent the player of the University of Conception, Nicolás Maturana after the equality of his team against Deportes Antofagasta for a pending duel of the National Championship.

After the game, and in conversation with the CDF, the attacker took advantage of the space to send a direct criticism to the government of Sebastián Piñera for the controversial change of light meters that users will have to pay.

"Greetings to the government, I hope he does not carry meters to poor people all over Chile that they do not have the money to do it, "the player said.

"Forty lucas for a tatita who lives alone, and has a pension of 100 lucas that is a misery, is to exceed the levels of power in this country "added Maturana to their review.

It should be remembered that this is not the first time that the attacker sends a message to the authorities about social issues. In 2018, he attacked the government in office for the little attention he had to help the Sename children.

In sports, the UdeC and the CDA equalized 1-1 in the Ester Roa stadium in Concepción with Patricio Rubio goals for the locals and Alejandro Delfino for the "pumas".

Check the message of Maturana:

Tremendous over Nico Maturana. When athletes are also social actors and publicize their people. (I.e. pic.twitter.com/lKfJhUbqLQ