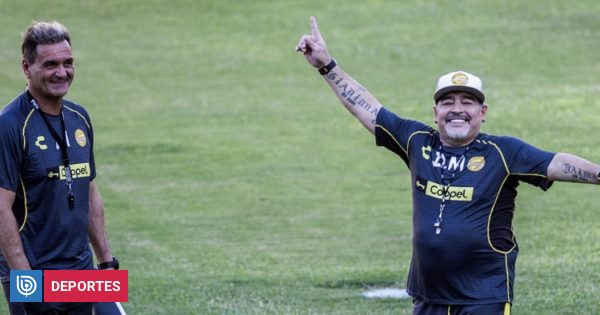 The legendary former Argentine footballer Diego Maradona, 58 years, denied suffering Alzheimer, in a message posted on the Instagram website Thursday about the rejection of press releases about his health.

"They lie, they talk about Alzheimer's disease, but they do not know what that word means," he said. "People who have Alzheimer's are dying and I'm not dying," he added, although this is not a terminal illness.

In recent days, a version of the yellow press in Buenos Aires indicated that the "Ten" suffered from Alzheimer's disease.

"Boys, with diseases do not fuck" (no joke), wrote Maradona with his message recorded and sent to the social network.

The controversial sports idol criticized those who "do not know how to do journalism" and accused them of "creating confusion".

Maradona resigned a week ago to the technical direction of the club Dorados, second division of the Mexican soccer, that trained since September last year.

The Argentine idol, popularly known as "el Diego", is no longer a coach of the Sinaloa team "for medical advice, to dedicate himself to health and to perform two shoulder and knee operations" in Buenos Aires, his lawyer explained. Matías Morla.

On Wednesday, Morla issued another statement. "Before the versions about which Diego Maradona has the beginning of Alzheimer's, I want to clarify that all the medical studies that were performed did not give any indication to that effect," he explained.