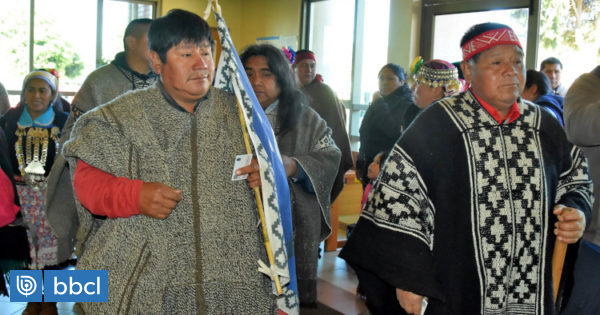 O The Mapuche communities have conditioned an eventual dialogue with the if he does not withdraw from the area for the so-called "Jungle Command" and Interior Minister Andrés Chadwick and Carabineros General Director Hermes Soto do not give up their positions.

In addition, they warned about the beginning of a month of protest actions for the murder of Camilo Catrillanca and announced a massive gathering of indigenous leaders in Ercilla.

The above, in a series of statements delivered to Radio Bío Bío inside the loft of Temucuicui, in the same property where Camilo Catrillanca Marín built the house he would use with his pregnant partner and his young daughter.

There was a meeting with the Mapuche leaders, where men and women of different ages participated, including leaders recognized not only from Araucanía, but from the regions of Bío Bío and Los Lagos, among others.

Was Marcelo Catrillanca, father of the deceased comunero, who announced the agreements signed with the almost 100 people who participated in the activity.

The spokesman for the autonomous community of Temucuicui, Jorge Huenchullán, explained that they have declared themselves in "rebellion", then during a month they will increase the actions of protest for what happened with Camilo Catrillanca, in addition to the demands of the mapuche people.

Add to that the announcement of a new meeting of indigenous leaders and related organizations for next Saturday, December 1, also in Temucuicui, where they expect to receive representatives from all over Chile to outline the objectives of the Mapuche political strategy.

Check out the statements of Marcelo Catrillanca below: