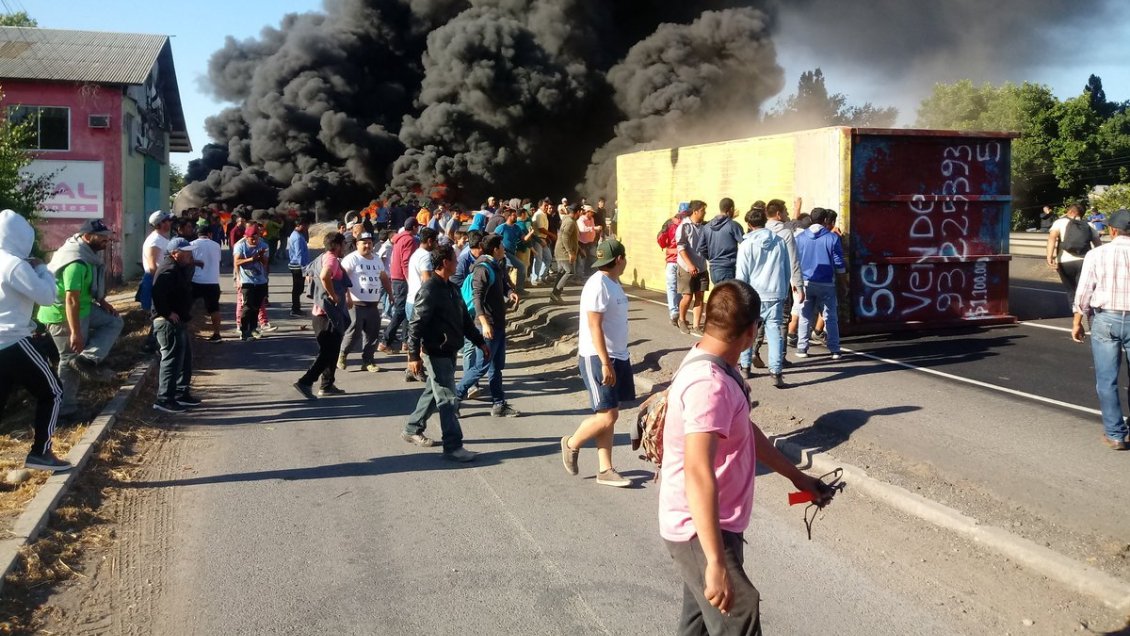 Artisanal and industrial fishermen from the Maule and Biobío regions continue to demonstrate for the possible sending of the choco law to the Constitutional Court (TC) after having been approved in the Congress.

The measure only allows the extraction of the mollusk with a hand line, damaging the industrial sector from the perspective of their workers, as they do half-water trawling.

On the other hand, the eventual challenge to the TC with which the government has committed itself would be detrimental to artisanal fishermen. Given this, about 200 Maule workers led a caravan to deliver a letter requesting support to Mayor Pablo Milad on Friday.

At the height of San Javier, these demonstrators the two arteries connecting Route 5 South were taken with barricades, flames that were dissipated by Special Forces around 10:00 am.

#Maule: Fishermen from the region cut Route 5 South at the height of #SanJavier in protest of the Cuttlefish Law Cooperative #CooperativeRegions pic.twitter.com/x0rH0KT7MB

The mayor agreed to appear in the sector to receive the letter Of the fishermen, the riots weakened as they waited, but protesters remain vigilant if they do not appear to continue the mobilization.

The route is still cut in both arteriesand a diversion is being made by Bobadilla leaving Colbún and also by Linares to drive the vehicles.

Meanwhile, in the Bíobío region the industrial fishermen expect the Government to fulfill its commitment to send the initiative to the TC, mobilizing also with barricades in the sector of El Trébol, which connects the communes of Talcahuano, Hualpén and Concepción.

The protest also triggered the action of the car launches Waters of Carabineros, and Generated large traffic congestion on the three bridges that cross the Biobío River and on the road that goes from Talcahuano to Concepción, for which some deviations were established.

On the other hand, a third point of protests arose in the sector of Laraquete, access to the north of the province of Arauco, where artisanal fishermen demonstrated with barricades which cuts traffic in both directions.

The industrial fishing of choco manifests itself with barricades in the sector of El Trébol in Talcahuano with barricades. Carabineros works with carriages and launches waters. They demand that the government fulfill its commitment to bring a law to the Constitutional Court. Cooperative pic.twitter.com/OpO9xnRG4x