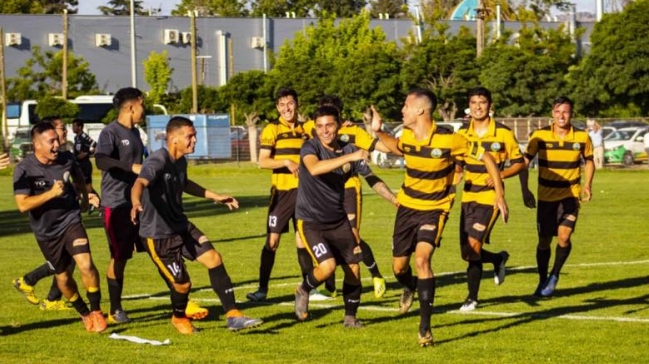 A historic day was lived in Third Division A of Chilean football, from the clubs Lautaro de Buin and AC Colina, they have achieved an unprecedented promotion for professional football and next season they will play in the Second division.

The first to jump to the field of play were the Province of Maipo, who in an exciting match won 3-2 in Rengo Sports, crowned champions of the category and taking the first quota of promotion to the professionalism, for the first time in its 36 years of history.

For its part, the Colina squad also had an access suffered to professional football, as the "electrical"just the victory before them Sports Limache, since equality gave the quota of promotion to the "limachinos".

The meeting was vibrant, with a 1-1 match that lasted up to 68 minutes, at which point Sebastián Guzmán, gave the final goal of victory for "aleti", ensuring the runner-up and the climb.

In the results of the Second Division, United Malleco He could not avoid being in the last place in the upswing, despite winning 2-0 against San Antonio. The Araucanians, descendants mathematically, are still awaiting the resolution of the ANFP, which is close to disaffiliation Sports Vallenar, which would keep the "mallequinos" in the category.