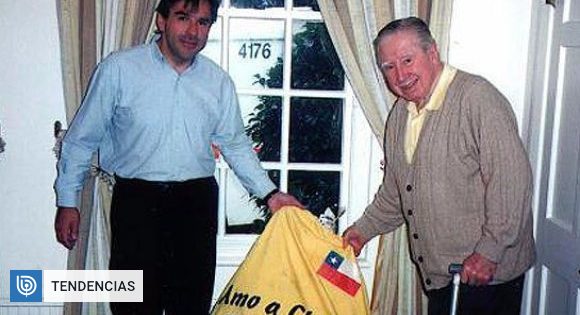 It can be said that Iván Moreira is from the last lawmakers of the right "Pinochetista" in Chile. For decades, the current Los Lagos senator has defended what he calls "Legacy" of Augusto Pinochet. Twelve years after his death, the UDI leader remembers the military's last day of life and sends a message to his sector.

In conversation with BioBioChile, Moreira recalled that he was the only congressman (deputy at the time) who was with the former army commander-in-chief, just hours before the 91-year-old man suffered an accident. myocardial infarction That killed your life.

"The truth is that I was the only politician who was with him hours after his death." On that day, December 10 (2006), they allowed me to see that day.At that time he had restricted visits, just relatives, and that day he felt better and the doctor said he could go see him. I was surprised at how good he was, he was sitting, with serum, in an armchair that was in the room that was and we started to talk. I saw very well, " he pointed out.

Twelve years since the death of the President of the Republic, General Augusto Pinochet, we remember him with love and his work to make Chile a great nation, with loyalty and consequence, we demand the historical truth of the "soldier who saved Chile." pic.twitter.com/ez7Pcujve9

To which he added: "It seemed that I was overcoming the situation that afflicted him … The truth of what happened was that I talked to him a lot. I was half an hour with him and I retired leaving him very well. About two o'clock, the attending doctor calls me (Dr. Cox) and he says "Ivan, come here, because my general died" and I went to the military hospital.

He still had time to recall one of his conversations with Pinochet: "On that day on Mercury, a note came out of a Senator from the RN who said that if General Pinochet died, he would not go to his funeral. At that time, every day, as if hoped that something could happen at any moment. That day I was with him reading the newspaper and he told me "But if I'm not going to invite this man to my funeral."

The current senator also had time to remember the celebrations led by party leaders of the Chilean left and people who have always been against the period known as Dictatorship or Military Government (depending on the point of view that you look at).

"I saw that bottles of champagne were opened, it was a left-wing group that celebrated because they are the champions of invoking human rights. But to like or dislike, in my opinion, Pinochet was a soldier who saved Chile, he was a soldier who made Chile a great country and, had it not been great, Chile Why do their economic and social policies continue, the leftist governments? ", detailed

To which he adds: "I value the good things that General Pinochet did, but neither do I blind myself to the black spots of the military government, there were black spots and one was human rights. But in the swing, things were made for Chile that no one had done and I feel safe because at that time it was either them or we were. "

On the other hand, Moreira took advantage of sending a message to his own political sector and his party, the Independent Democratic Union (UDI), of those who declared that they left the "Pinochet" to start political campaigns away from more conservative law and "calculations ". politicians ".

"What happens is this, people washed their hands, those who embraced General Pinochet, those who offered him eternal love, well, all started by electoral calculations. Do not forget that at that time, 44% of Chileans were with Pinochet in the plebiscite. When he left the government, Pinochet left with 44%, what even democratic governments did not have when they left, " he pointed.

Likewise, there was also time to detail, according to the point of view, that the history of the Military Government was not taught in order to approach the era of Popular Unity in Chile (1970 – 1973).

"As the story was written with the left hand, obviously the youth sees it differently. Those of us who live in Unidad Popular are leaving few, "he said.

Finally, there was also time to talk about the health of the widow of Augusto Pinochet, Lucia Hiriart, who was hospitalized several times at the Military Hospital. "A 96-year-old is obviously a very fragile person, but she has, according to her age, good health," he said.

It should be noted that on Monday, December 10, Moreira posted in his Twitter account that: "It has been 12 years since the death of the President of the Republic, General Augusto Pinochet, we remember him affectionately and also his work to do of Chile a great nation.With loyalty and consequence, we claim the historical truth of the Soldier who saved Chile.