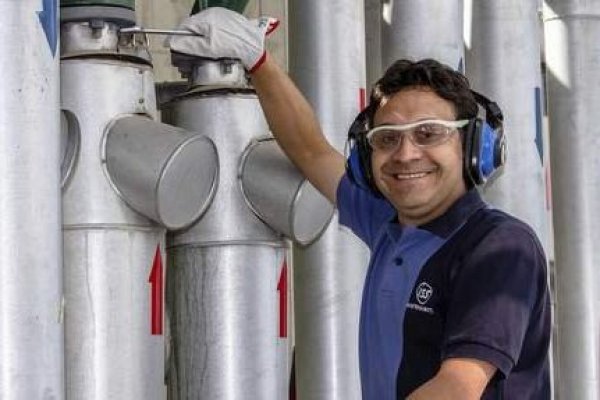 It was in July 2004 that he landed in Chile when he acquired Serviman, a company that had been operating for 27 years with a strong presence in the southern cities.

The noise generated the decision of the ISS cleaning company to divest its business in Chile. And it is that the Danish is one of the market leaders in segments such as cleaning, security and maintenance, such that its sales in the country reach US $ 120 million, also employing approximately 14 thousand people, according to its website.

It was in July 2004 that he landed in Chile when he acquired Serviman, a company that had been operating for 27 years with a strong presence in the southern cities with the industrial cleaning service.

But in less than a year, one of the world's leading cleaners, continued its growth in the local market based on purchases, since it acquired Rubio & Kuchel based in Valdivia.

The big jump for the company was in March of 2006, when it entered Santiago, because it acquired the Lyon Services, entity that had been working for four decades, with a national presence and focused on the industrial and retail segment.

During the following months, their purchases continued, buying companies like Ledan Chile, Slim and Glänzend.

To focus on its most profitable markets, the parent company has announced the departure of thirteen markets, among which Chile. As indicated by Bloomberg, outgoing countries – including Brazil, Israel and Malaysia – account for 12% of sales.