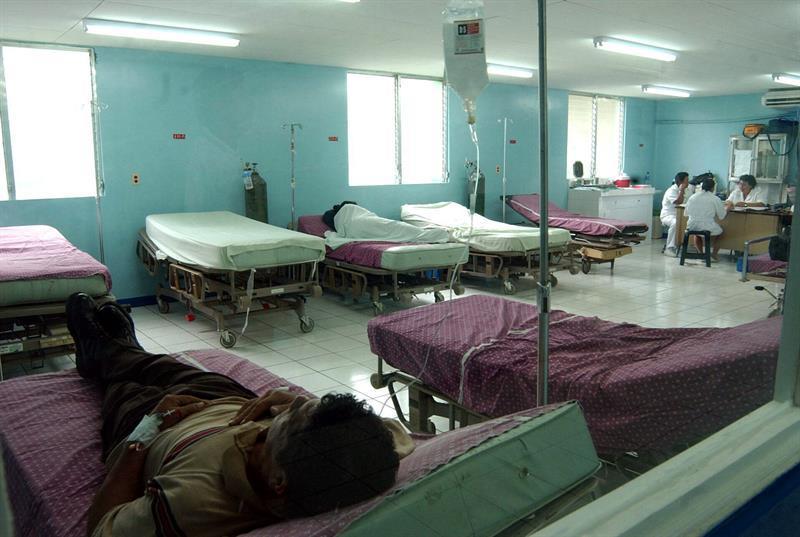 More than 300 people die each year in Chile from skin cancer and immunotherapy has been installed as a real option, which can reduce the intensity of clinical complications by up to 80%, including metastatic spread, and increase considerably Survival

In this South American country with 17.2 million inhabitants, skin cancer ranks third among the most common, with a 20% increase in cases between 2010 and 2015.

Chilean experts have explained to Efe that there are several types of skin cancer, but the type

melanoma
, although they are less frequent (1-4%), are the most aggressive and those that produce the highest number of deaths (75%).

A melanoma – the most aggressive type of skin cancer – is a malignant tumor that originates in melanocytes, which are cells that are part of the epidermis, the upper layer of the skin and the epithelium of the mucous membranes.

They originate from a number of causes, such as excessive exposure to sunlight during childhood and youth, which can cause changes in the DNA of skin cells (melanocytes) that later become malignant melanomas.

"Most malignant melanomas detected in the early stage can be cured with surgery and / or some form of complementary treatment, in fact about 90-95% of these cases have a good prognosis at 5 years (melanoma in situ)." said the pathologist and molecular oncologist Dr. Ramón Gutiérrez.

However, Gutierrez, executive director of the ReCell Clinical Center, said that advanced melanomas are more difficult to treat because they usually spread, invade surrounding tissues and involve vital and local organs distant from the tissue of origin, occurring the so-called metastasis, which can compromise bones, liver, lungs or kidneys, among others.

"In these cases, if malignant cells have already invaded the basal lamina, they may enter lymphovascular formations through which they spread at a distance, generating secondary involvement called metastasis, severely compromising cure options and Survival expectations , with only 16% survival in 5 years, "he said.

However, research lines for melanoma-type cancer immunotherapy have advanced significantly in recent years and there are currently treatments that can stimulate the patient's immune system, recognizing and destroying tumor cells, and giving new hope to patients.

"These treatments are directed against specific tumor cells, thus avoiding damaging other tissues of the body, including the same immune system, which considerably reduces discomfort and complications as it does not attack the body's healthy tissues and even when The immune system is accustomed to the treatment, it is able to continue to act against the tumor as a & # 39; memory & # 39 ;, which allows prolonging the survival, "he added.

In Chile, the ReCell Clinical Center conducts third generation dendritic cell immunotherapy, which is the most complete version of the same "technique" that won the Nobel Prize in Medicine in 2011 and whose advances were awarded the Nobel 2018 in early October.

This is one of the most personalized and specific protocols that exist as they are prepared for each patient, with samples of their tumor and blood cells that are then programmed in the laboratory and reinserted into the individual at the outpatient level.

For malignant melanomas, immunotherapy can quadruple the overall survival of cases that include it, which is an important complement to the results obtained with other types of treatments.

"In fact, we had cases whose life expectancy was four to six months and, after being treated by dendritic cell immunotherapy for a tumor biopsy, they achieved a survival that exceeded two and a half years with a good quality of life.", said the pathologist and molecular oncologist.

According to data from the World Health Organization (WHO), each year more than 3.5 million cases of skin cancer are diagnosed worldwide and on average every hour a person dies as a direct or indirect consequence of some type. disease associated with sun exposure.