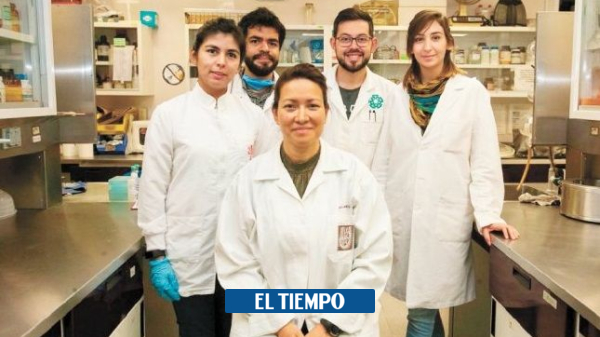 After 20 years of work, the scientist and professor Eva Ramón Gallegos, of the National Polytechnic Institute (IPN) of Mexico, was able to completely eliminate Human Papillomavirus (HPV) in 29 patients.

The conquest of Dr. Ramón was possible thanks to the technique of photodynamic therapy, "A non-invasive practice that may be an effective method to prevent this cancer, which is the second leading cause of death in Mexican women," the IPN reported.

The therapy, as such, is to apply, in the cervix, delta aminolevulinic acid. Four hours later, it is transformed into protoporphyrin IX, a fluorescent chemical that accumulates in damaged cells, allowing to eliminate with only a special laser beam the structures impregnated with it. In addition, it has no side effects.

"Unlike other treatments, photodynamics eliminates damaged cells and does not affect healthy structures, so it has great potential to reduce the mortality rate from cervical cancer," said Ramon.

In Mexico, cervical cancer or HPV is the second leading cause of death in women.

In an early stage of his research, the doctor treated 420 women from the cities of Veracruz and Oaxaca. The results, he said, were encouraging.

The treatment was applied three times at intervals of 48 hours each and the conclusions were: in people who only had the virus without lesions, HPV was eliminated in 85%, in those who had HPV with lesions the effectiveness was 85% and in those who had lesions without HPV the success was 42%.

In the second stage, the therapy was for 29 women from Mexico City. For them, he applied twice the acid concentration but only twice and every 48 hours. The results were: Elimination of HPV in 100% of the patients who carried it without lesions, efficacy of 64.3% in those with HPV and lesions and 57.2% in those who presented lesions without HPV.

To corroborate his findings, Ramón examined the patients before and after treatment. In addition, during his years of work, he studied the effects of photodynamics on two other cancers: melanoma and breast cancer.

"A percentage of the women had infections with Chlamydia trachomatis (sexually transmitted infections) and / or Candida albicans, which were eliminated with treatment in 81% and 80%, respectively, while the bacterial flora contributes to the health of the device genitalia remained practically intact ", acknowledged Ramon.

During his investigation, It counted on the collaboration of 19 people.APP Writing

Download the Weather application. With it you can choose the topics of your interest and receive notifications of the latest news. Know here: