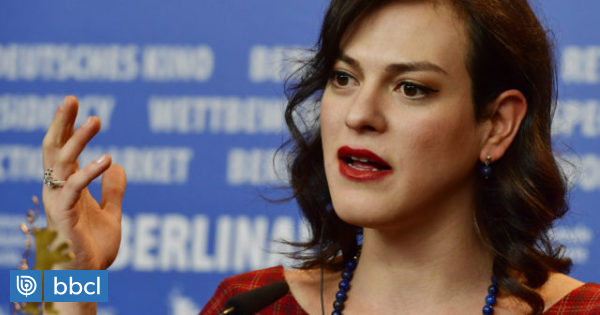 Strong statements against the protagonist of the Oscar-winning film, Daniela Vega, they made themselves known through a video broadcast on social networks.

This is the capture of a session of the Municipal Council of Coronel, where counselor Carmen Madinagoitia (RN) said, among other things, that the actress "He is a man and a man is going to die."

This occurs after the local authority defend the deputy Leonidas Romero, for the criticism and sanction he received after also making statements against the actress.

"I applaud Romero that he has to pay 1% of the Ethics Commission (sanction against the parliamentarian), because I think the same as him. If I had to pay 10%, I tell people to pay for it because Daniel Vega is a man, "said Madinagoitia.

"The man is going to die, so he (Romero) said what it is," added the councilman, who accused former President Michelle Bachelet of bring "dumb" laws, alluding to the Law of Abortion in the Three Causes and in the Agreement of Civil Union.

"I hope tomorrow they will not tell you that Daniela Vega as they say, she is sick with the prostatebecause he is a man, "said Madinagoitia.

Francisco Reyes, PPD advisor, responded to the statements and said that in addition to Romero's discount, is homophobia that must be eradicated from the country.

"Just as in the 1960s, it was said that the communists had to be killed and killedToday, talking about a person who has a transsexual theme, and speaking in terms of what we are talking about, means that tomorrow they can kill you, "added Reyes.

He also called his colleagues, stating that "Be careful with the words, above all we who are public figures and they are transmitting us. Homophobia is a sensitive issue in society. "

The activist and legal adviser, Constanza Valdéz, has published in her Twitter account that she has submitted a complaint to the Controller against the councilman, infringe the principle of probity and said attacks against the identity of Daniela Vega.

For violating the principle of probity and its threatening statements against the gender identity of Daniela Vega and trans people by the Councilor Madinagoitia of the Municipality of Coronel, she only submitted a complaint to the Comptroller.
No more transphobia! pic.twitter.com/HzcuCAA3IB

Below is the statement of Carmen Madinagoitia: