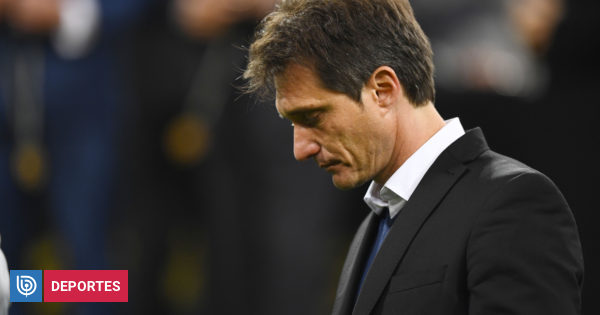 The Boca Juniors technical director, Guillermo Barros, finished his cycle with the team after lose 3-1 at River Plate in Spain.

According to the Clarín, the decision would have taken a while and would be confirmed after the defeat in the classic.

Barros won two local titles consecutively, however, his team failed to win against the champion in an instance that should have completed 10 thousand kilometers from Argentina after what happened at Monumental when a group of River fans attacked with stones and tear gas. to the Boca bus, causing injuries to two players and giving rise to Conmebol's decision to move the meeting to Madrid.

After the defeat, with a downcast tone, "El Mellizo" congratulated the defending champion and He acknowledged that it hurts not to be able to bring the cup to Boca's fans. However, he took advantage of the instance to congratulate the players.

"I told the players that I felt represented in them. There is no reproach because no one has kept anything in court. It was a balanced game. Boca had a first half in which marked the difference with Benedetto's goal and they matched with him later. The finals are won and lost. It hurts us to lose, "said the former DT according to Clarín.