Government values ​​unemployment figures: "They reaffirm once again that Chile is in progress" | economy 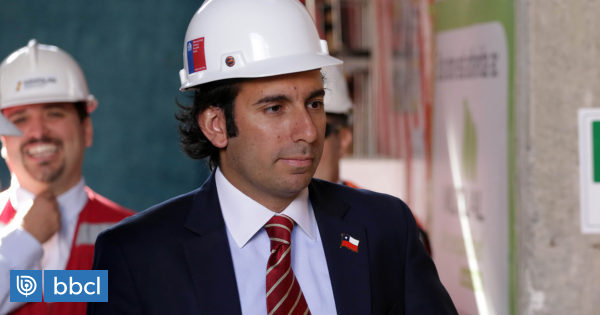 The Labor Minister (s), Fernando Árabe, referred to the unemployment figures delivered Thursday morning by the National Statistical Institute (INE), highlighting the fall of 0.1% in the unemployment rate compared to the previous quarter, from 6.8% to 6.7%.

Likewise, he estimated that female employment increased by 44,373, which is equivalent to 75% of the total employment generated in the analyzed interval.

Arab also stressed the trend of Strengthening quality employment, since private wage earner increased by 42,954 people in twelve months, while a year ago decreased 35,546 people.

"They reflect once again that Chile is under way … reaffirms the trend of sustained improvement in quality and job creation, where today the engine is salaried, with contracts and contributions, very different from the situation a year ago, where the one that boosted job creation was self-employment, "he said.

Along with this, he said that "we value that INE is incorporating in its analysis the objective and concrete data provided by the Superintendency of Social Security, since the data it provides are very clear and conclusive in relation to the reactivation of our economy."

According to these data, Arab assured that the number of contributors increased by 164,918 compared to October-December 2017.