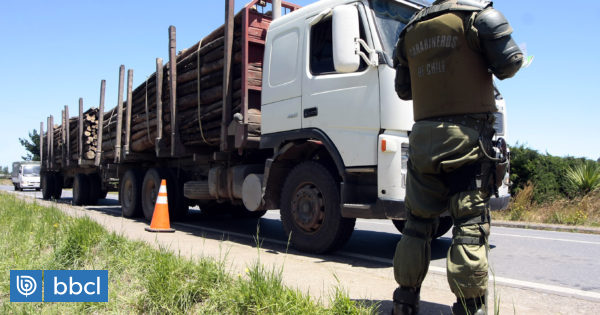 The afternoon of Monday, the director general of Carabineros, Hermes SotoHe went to the Human Rights Committee of the Senate to answer parliamentary questions about the November 14 th operation that cost the life of Camilo Catrillanca.

At the opportunity, Soto Isla received questions from the five senators who make up the case. Many of them refer not only to the case, but also to the functioning of the institution in the area of ​​La Araucanía.

"In the forest issue, I said that now and I repeated to Corma 20 years, the figure of Carabineros guarding the forest lands I dont like. Because Carabineros is to protect order and public safety and not to take care of forest lands, "asked Congressman Alejandro Navarro.

"The same thing we did with the banks, when the theft of the ATMs started, the banks had to take more permanent security measures and not have the carabineers in custody because they have to pay for their security," added the lawmaker, concluding his speech, to be later replicated by the director general.

Hermes Soto, in that respect, regretted that "Protective measures in forestry are permanent, designated by the respective procurator's office or by the respective court, according to needs or requests made by forest companies or forest agencies, and we have a legal obligation to determine, establish and impose. We can not refuse. "

"We have been very much against the of protection measures that are assigned to us, because it means more carabineros, vehicles and resources. We thought it would be ideal not to have thembut as the courts or prosecutors tell us that these measures must be followed, we have a legal obligation to do so. We have no choice but to comply with what is available in court. "

Consulted afterwards by the permanence of personnel in the zone, the general director of the Carabineros discarded the retirement of civil employees of the zones of territorial conflict.

"We can not get this team out of there, because we do not have other carabinieri that can cover these factions. Do not forget that we have more than 300 protection measures to cover the day to day, which only 1,000 prawns surround us. It's not easy to say from one day to the next, "let's get this contingent out there," because there would be a bigger problem, "he said.