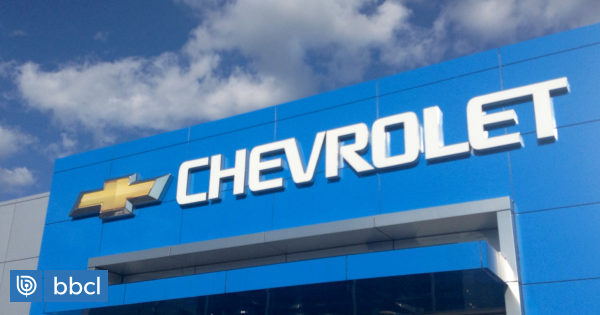 The automotive giant General Motors announced Monday that will cut 15% of its workforce as part of a major restructuring save $ 6 billion by 2020, in order to adapt to "changes in market conditions".

The plan, which will eliminate in addition to the company's 180,000 employees worldwideincludes closure of three assembly plants in North America in 2019, including one in Ontario, Canada, and the remainder in the United States.

In addition, GM anticipates cessation of activities in other production plants, including outside North America, with the objective of "prioritizing future investments" for its next generation of electric vehicles.

"The actions we are taking today continue our transformation to be agile, resilient and profitable while giving us flexibility for future investments," Mary Barra, the company's chief executive, said in a statement.

Meanwhile, US President Donald Trump, who seeks to boost the industrial sector to boost economic growth, said he was "disgusted" by the news.

According to the president, the same expressed to Barra in a communication. And he said, "We have a lot of pressure on them."

Looking for the long term

GM's chief executive explained the decision: "We recognize the need to anticipate changes in market conditions and customer preferences to position our company for long-term success. "

The company said that as the current supply of vehicles is optimized, "more than 75% of GM's total sales volume is expected." comes from five vehicle architectures at the beginning of the next decade"

Then GM tries to focus its production on the most profitable vehicles, such as vans and SUVs. In an investor call, Barra said some of the models, such as the Chevrolet Cruze, will no longer be available in North America.

Another consequence of the plan is the impact on the financial performance of the company in the last quarter of 2018 and the first of 2019. The exceptional charge will be between 3 thousand and 3.8 billion dollars.

"Heart and soul" of Oshawa

The restructuring will sweep with 15% of 180,000 jobs, including a cut of 25% of employees in executive positions to "speed up decision-making".

The Canadian factory to be closed, located in Oshawa, currently employs about 3,000 workers.

Soon after the release of the GM plan, Canadian Prime Minister Justin Trudeau, he was "deeply disappointed" by the company's decision.

"GM workers have been in the heart and soul of Oshawa for generations, and we will do everything we can to help families affected by this news recover," Trudeau wrote on Twitter.

In the rain, workers at the factory were demonstrating after the news spread, blocking access to the trucks.

"The media learned before us that there would be an ad; is a slap in the face, "said Jackie, who has been with AFP for seven years." This is going to affect a lot of people, restaurants and merchants in the city, "he added.

Hundreds of workers, some crying, met at the local union, Unifor, whose leaders met with the board early in the afternoon.

According to the leader, he will meet with Trudeau. "Let's tell the government that we must use every means, every tool, every power of government to ensure that General Motors understands that it will not betray this country again, "he said.

GM has already announced plans to halt operations at its plant in Gunsan, Korea.

The restructuring follows a similar move by Ford to reduce the number of models it manufactures.