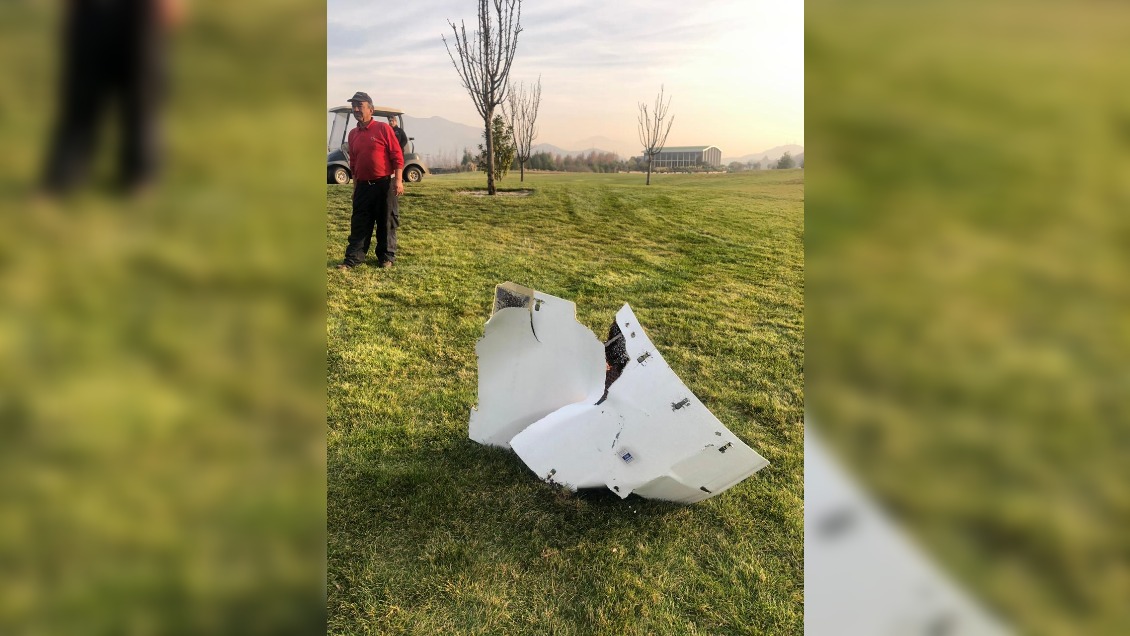 At 16:20 this Friday afternoon a piece of airline fuselage crashed into the Pudahuel golf course, located next to the Santiago International Airport.

According to police information, there were no injuries after the incident or damages of any kind and the presence of officials of the General Directorate of Civil Aeronautics (DGAC) was requested to begin their expertise.

Preliminarily it was reported that the object is supposedly a part of a turbine and that, in the first instance, there should be no danger to the occupants of the plane that lost the part.

Ricardo Gutiérrez, general secretary of the DGAC, reported that "we sent a team of researchers who they have effectively determined that it is a part of the fuselage of an aircraftmay be a primary or secondary layer. "

"No aircraft has since reported having a fuselage detachment problem, but the investigation will yield results because the part of the dropped fuselage has traceability: components, identification number, part number"added Gutiérrez.

"According to the photos I could see (the fallen piece) is the size of a golf cart: one and a half meters by a meter and a half," explained the official. And then it was confirmed that the aircraft involved is a Boeing 767 belonging to the company Latam.