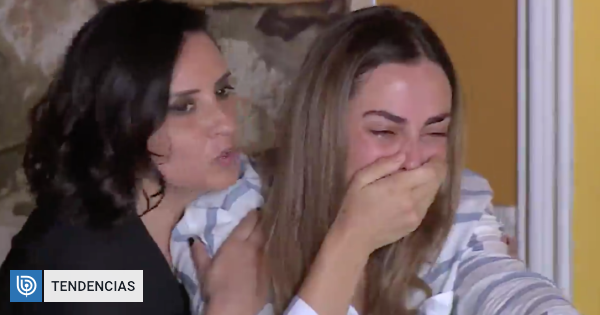 The preview shows part of what viewers will see in the next chapters, including the condemnation that will be received. Tomás (Matías Oviedo) for the murder of Leonardo: 5 years and one day.

For her part, Agustina will meet again with Tomasito However, Eliana will ensure the character of Javiera Díaz de Valdés that corresponds to another child.

As it gathers, another of the appearances that attracted the attention of followers is that it is shown for the first time Cristian Arriagada in the production, actor that will debut interpreting the lawyer Diego Castillo.

Meanwhile, Rafael, who suffers from amyotrophic lateral sclerosis, appears with his wife, whom he asks to help him end his life.

Finally, it shows the most shocking, when you see a doctor asking "Ready Agustina, are you ready?", After that begins to remove the bandages from his head, which suggests that the character will undergo a new operation to have his old face .

This means that Carmen Zabala Is he going back to the TV series? We'll have to wait and see.

It should be noted that with almost two years in the air, Mega's production had to reinvent itself in several facets. Launched on July 24, 2017, it is the soap opera with longer duration of Chilean television.

Mmm Now I understand why both elongated #universities , they were waiting Carmen zabala to finish the postnatal to be again of Augustine? for the new face change, I say ?♀️

@ClaudiaSanhueza there is a new commercial of hidden truths and guess who comes back to the operation?

The advance of #Occasions He made me bad ? It's the eternal novel that even I said is bad and I could not stop seeing it. It's so addictive.

The return of Carmen Zabala would be the only good thing about this mess. #Occasions

Hahahaha I just saw the advance of the final stretch of hidden truths and dew will find another boyfriend … Seriously?

Am I the only one with tachycardia with the advance of Hidden Truths? Is Agustina original again? (I.e. # TheFractionExclusion