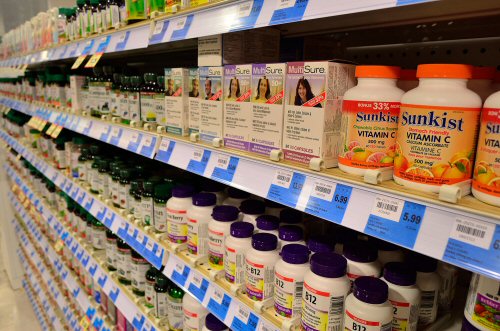 Although when we talk about muscle mass and strength we often tend to think of athletes or people looking for a good body aesthetic, we should be aware that it is also essential for health. For example, muscle is related to glucose metabolism and thus to the development of pathologies such as diabetes. In addition, low levels of strength are associated with reduced functional capacity, especially in the elderly or the sick. That is why there are numerous nutritional supplements marketed that are supposed to increase hypertrophy and muscle strength, although there is great controversy over its effectiveness.

A recent article in which Pedro L. Valenzuela collaborated, a researcher at the University of Alcalá (Spain) and published in the prestigious European Journal of Nutrition, reviewed the evidence on some of the most popular supplements. The review looked at more than 20 supplements, such as proteins, creatine, different vitamins, herbal supplements such as Tribulus Terrestris or other compounds such as glutamine or resveratrol. Interestingly, only a few (specifically nitrate and caffeine) have shown sufficient evidence to sustain their strength benefits immediately after their ingestion.

In long-term consumption, creatine, proteins and omega-3 fatty acids have shown sufficient evidence to support their benefits in muscle mass or strength, both to increase it in healthy people and to reduce their loss in the case of the elderly or hospitalized. On the contrary, a major controversy has been observed around many popular supplements such as branched chain amino acids, vitamin supplements or arginine, among others, and no evidence has been found to support the consumption of other supplements such as glutamine or resveratrol.

In summary, despite the large number of nutritional supplements available, few have sufficient evidence to support its use to promote hypertrophy or muscle strength. In fact, it was observed that some of the supplements directly analyzed lacked evidence of their efficacy or safety, and others were associated with adverse effects when consumed in large doses (such as tribulus terrestris, arginine or alpha-ketoglutarate). . This fact is especially troubling, especially considering that these supplements are consumed by both athletes and the general population, and we can find them at any supplement store, gyms or even in supermarkets or sports stores.

"People looking to increase muscle mass or strength should try to get that contribution of macronutrients (especially proteins) and micronutrients (vitamins, minerals) through proper nutrition before they go to nutritional supplements. It is also important to emphasize the role of exercise (especially strength, that is, weights) to increase muscle mass and strength in any population, including the elderly. Without this, we can not get much for many supplements we take, "says study co-author Pedro L. Valenzuela .

The researcher of the Physiology Unit of the Department of Systems Biology of the University of Alcalá (UAH) adds that studies of this type should serve to make us critical in choosing what we consume. "We also note that other studies have noted that many supplements marketed contain unspecified substances (some even banned by the World Anti-Doping Agency). Therefore, it is important that stricter regulation be developed so that only products that undergo appropriate controls are marketed ". (Source: UAH / DICYT)