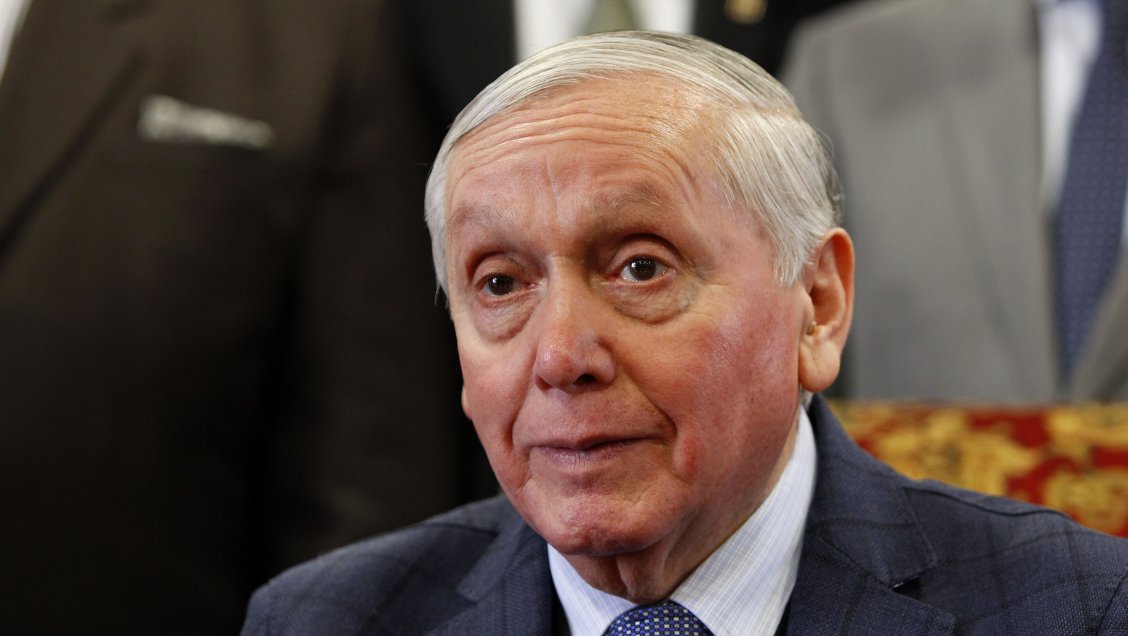 According to informed by means of a public declaration, the action of Durán "This brought discredit"and asserted that" we categorically reject the actions he did. "

"The performance of Pastor Eduardo Durán Castro is far from the values ​​and principles that a pastor should have according to the holy scriptures"the nine deacons of the church said in a public statement.

According to the statement, pasture has incurred "failures" by "using the tithes and offerings of the Lord to maintain a life of personal luxury without any consideration for humble and simple fraternity."

According to the statement, also "his words caused damage and loss of prestige to the person also of our beloved Pastor Raquel Salinas," his wife legally.

In that line, the deacon official Pedro Chacón who read the statement, assured that "God miraculously troubled his mind and in his own words He confessed before the whole public opinion the irregular action of his personal life, remaining guilty of his own words, allowing the door to be opened so that brave men could raise their voices and that voice echoed throughout the city of Jotabeche. "

"Therefore, We demand from the pastor Eduardo Durán Castro the irrevocable resignation of his high office in the total administration of the Evangelical Cathedral of Chile and all its circuit, "they added.

Later, they apologized publicly and explained that a process of indigence was also initiated. In addition, the deacons explained that while the pastor is still at the head of the Pentecostal Methodist Church, they will not let him take the job.

"There are two procedures, one is the resignation (…) of not fulfilling the requirements of one bishop and the other is already a cause of dismissal which requires two-thirds of the board, who with that percentage continue to resign, "one of the deacon's officials explained.

The news was only known hours after the same Duran he dismissed the resignation because, as he justified in a letter, "He who appointed me here as the bishop in charge of the congregation was not men, but he was the almighty god".

The bishop is currently under investigation for money laundry, since it was known that it receives more than 30 million pesos of monthly tithe. However, the situation that has left him more complicated was heard this week and has to do with his love life. The bishop's decision to want to separate from his wife to marry his mistress has generated reactions within the church, some of whom have already asked to leave.

In addition, your child, the Deputy Eduardo Durán, resigned this Saturday to the Official Council of the Deacons of the Evangelical Cathedral, after the controversy that was generated inside the church by the romance of his father.