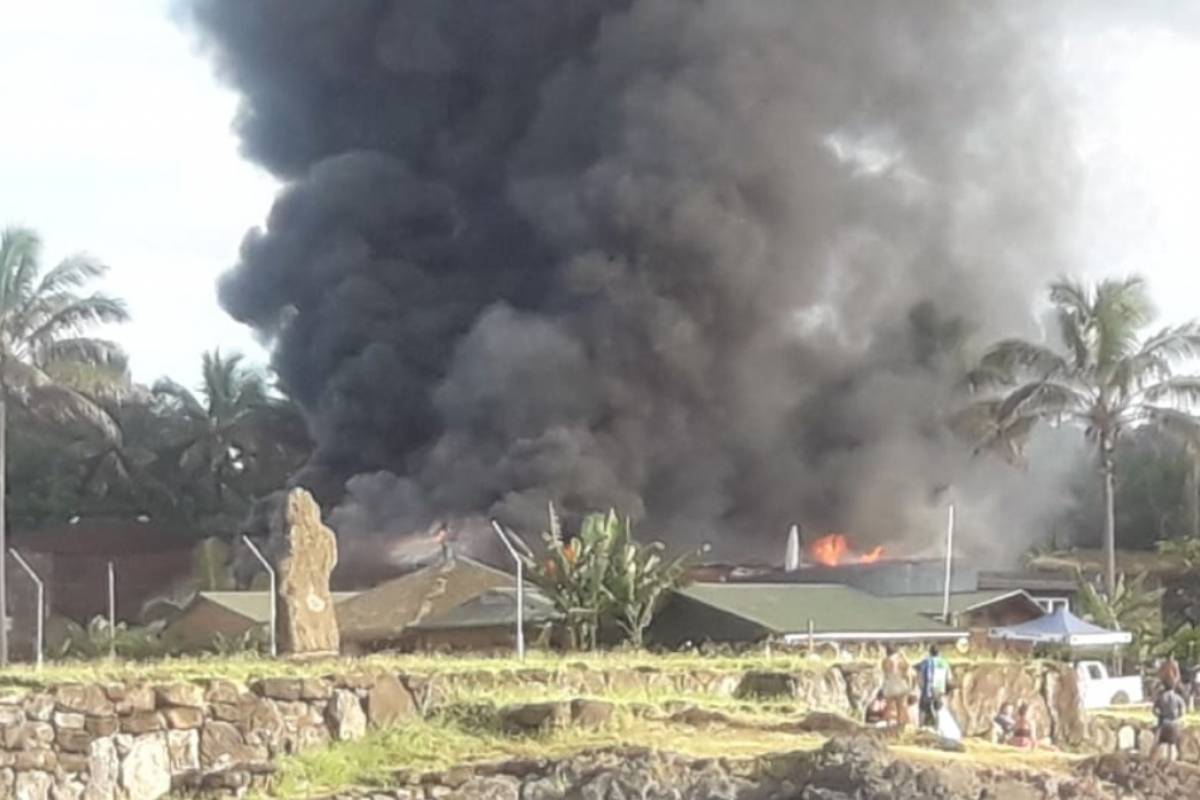 In the first hours of Wednesday, Juan Alberto Nahoe Herevi (51), who is under investigation for the murder of Luis Alberto Araki Pao (34), will be transferred to the mainland, a fact that led to a violent demonstration at the Easter Island Court of War , property that has been reduced to ashes.

According to information provided by Carabineros de Chile, "at 01:30 p.m. (island), Carabineros detained Juan Alberto Nahoe Hereveri, 51 years old, inside his house located at Av. Pont S / N °, because moments before he was in the company of Luis Alberto Araki Pao, 34. For reasons that are being investigated, he repeatedly attacked with a knife the wounds that caused him to die at the scene of the event. On instructions from the Public Prosecutor's Office, the accused was delivered under Homicides of the Investigative Police, which shall make it available to the Easter Island Court of War ".

However, at 4:30 p.m., the accused Nahoe Herevi was transferred by investigators from the Gendarmerie and the Police to the insular court for its formalization.

Being descended from the mobile of the Gendarmeria, the accused was attacked with a strong element in his face, being at that moment aided by the personnel of the Carabineros. Then the personnel of the Chilean Gendarmerie and the magistrate of Isla de Pascua requested the help of the police, Carabineros entering the offices of the court maintained at the time the defense of the accused, but the demonstrators had already caused damages to the furniture of the place.

Despite the situation of violence, and once the formal hearing was over, the authorities ordered the preventive detention, ordering the transfer of the latter to the city of Valparaiso. At 21:16 minutes, Carabineros is aware that unknown persons have launched a incendiary device, presumably Molotov type, initiating a sinister, which forces to remove the accused from the place.