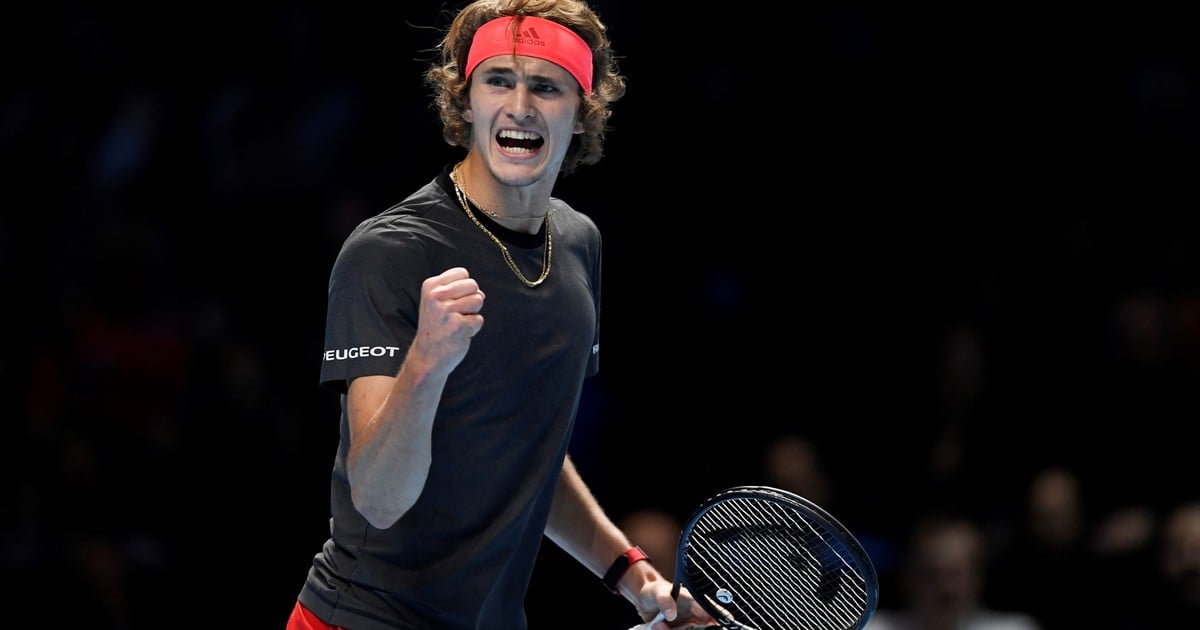 Alex Zverev fulfilled the first part to give the big blow at the end of the tennis season. The German has achieved what nobody has achieved so far in the Masters: get a set of Novak Djokovic, who came with an overwhelming march and now for the first time in the week is at real risk of defeat.

The development of the final was even throughout the first chapter. Djokovic suffered unexpectedly with his service, which had not yielded so far throughout the tournament. Although ranking number 5 – will be Monday's quarter, beating Juan Martin Del Potro – could not take advantage of his opportunities.

Until the tenth game comes and finally Zverev finally took advantage of his break point. With his serve, closed without great difficulties and finished closing the chapter thanks to a right Nole that was lost for a long time. The first advantage was German.

As if that was not enough, early in the second set Zverev did not let Djokovic settle. And already in the first game he managed to break it on his second break point. Glory and surprise were closer.

But there is no sport like tennis to show the huge role that nerves can play in an athlete. And suddenly Zverev, who played the perfect game, began to fail. Three consecutive mistakes – including a double fault – left him 15-40, then sacked to give life to number 1.

Would Djokovic find his way again? You see that it does not. Because when he could go to victory, he again gave up his serve, which went from being impossible to break before the game to a bunch of insecurities. Zverev I had the word again.

Djokovic, who had an impressive recovery in 2018, has already secured himself until the end of the year number one on the ATP roster a few weeks ago, and is looking for a win that gives him a 500-point advantage. If he can, he will stretch his gap with Rafael Nadal to 2,065 units (he is more than 2,000 who gives a Grand Slam title, for example) and with a plus: he does not have big performances to defend at the beginning of the next year.

Zverev, meanwhile, has already snatched fourth place in the Juan Martin Del Potro rankings and if he wins he will be very close to Roger Federer, the third, who beat on Saturday. But the most important thing for him is that he will go for his first Master's degree, only 21 years old.

The German is the youngest player to reach the final of the season-ending tournament since 2009 and the first German to reach it since 1996.

"Novak is currently the best player in the world," said Zverev, who fell to the Serbian in the round robin during the week. "You have to play at your best level to have a chance, I hope to do it," he added.