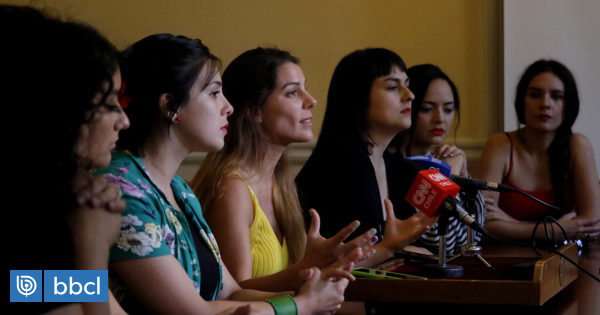 Deputies Karol Cariola, Camila Vallejos (both of the Communist Party), Camila Rojas (Autonomous of the Left) and Maite Orsini (Democratic Revolution) questioned a bill tabled by a Ministry of Justice desk that would seek to define in the Penal Code crimes of depending on the level of violence and "resistance" of the victim.

Specifically, the proposal would separate violations "with violence and" with abuse, "what distinguishes the second from the first is the use of deprivation of meaning by alienation or mental disorder of the victim, or by the serious difficulty of resisting.

In the case of the former, the penalties would be between 5 and 10 years, and in the second between 3 and 7 years.

In addition, the project proposes to reduce the age to consent to sexual issues of up to 12 years, from the current 14.

In this regard, Cariola questioned that "we advance precisely in a debate with the need to modify the crime of rape." We present, the ministers said they were going to study the project, but now we realize that in this pre-project there is a brutal reaction."

"Today, the burden lies in the resistance that the victim can bear, if the victim does not resist, there is no way to prove the violation according to what the government is changing," he said. "All rapes in children under the age of 14 were considered criminal charges, but with this pre-project what is done is to reduce that to 12 years and this undermines women's rights."

In that sense, Communist MP Camila Vallejo emphasized the need to carry forward the bill that incorporates consent as a central element for the definition of crime.

Along the same lines, Mr Rojas directly called on the Minister of Women and Gender Equality, Isabel Plá, to intervene in this and other government policies that are detrimental to women's rights.

For her part, activist Claudia Dides, founder of the Miles Foundation, said she does not expect support for this initiative in parliament, as it would be a step backwards.

Before being sent to Congress, the bill will undergo a general review by the Ministry of Justice, for further parliamentary discussion.