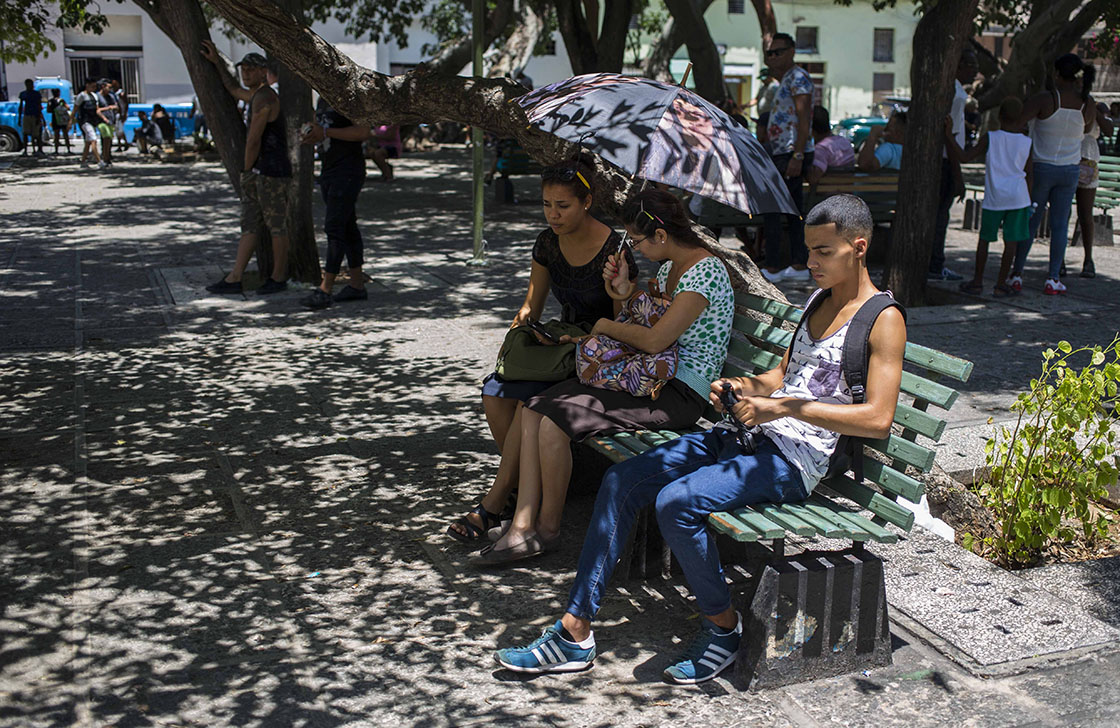 Cubans will begin to have mobile data that will allow them to access the internet from their cell phones as of December 6. The island is one of the last nations in the world to do so.

After several failed tests this year, Mayra Arevich, president of ETECSA, the state-owned telecommunications company in Cuba, said on Tuesday the service began, among the most expected by the island's population with low connectivity.

It has also been announced that the mobile service will cost 0.10 cents convertible or CUC (equivalent to one dollar) per mega, and packages ranging from 600 megabytes to seven pesos convertible to four gigs for 30 convertible pesos will be offered.

Establish connection with Internet in Cuba was a long process which began in the 1990s with limited access to foreign diplomats and businessmen through expensive and slow satellite systems after the United States limited the use of cables that cross the island as a result of sanctions.

However, Havana has managed through an agreement with Venezuela a fiber optic terminal in 2012, without the authorities permitting the contracting of the service individually.

In 2013, navigation rooms were opened, which were attended by the population to check their correspondence or surf the Internet. In 2015, so-called wi-fi zones were installed in parks and squares, the most popular form of connection that costs a dollar per hour. . There are currently 830 such areas, authorities said.

At the same time, partial services were opened, such as access to mobile phone e-mails through so-called Nauta accounts, and the connections were installed as a home test from 2017.

The Cuban Internet has almost no censorship, but the government blocks a small number of sites such as the US-funded Rádio y Televisión Martí channel and other sites that favor a system change on the island.

ETECSA Vice President of Business and Technology Strategy Tania Velázquez has now indicated that access to mobile data will be progressive between December 6 and 8 of that month to avoid a collapse similar to what occurred in several tests developed this when about 800,000 people attempted to enter data for free at the same time.

"It's important to do a process … and not generate congestion," said Velazquez, explaining that users will receive a message on their cell phone indicating that the service was enabled.