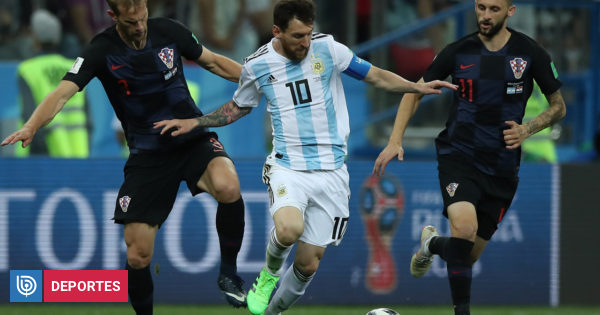 Argentina's participation in the 2018 World Cup in Russia left several postcards to be remembered and not just in sports.

Since the bad start of the transandinos, the spectacle offered by Diego Maradona and even the resounding one falls before France, the eyes were focused on the team led by Jorge Sampaoli.

Now, almost six months after the end of the competition, a Croatian national confessed to a situation that adds to Argentina's remarks in Russia 2018.

According to Sata 24, Life Domagoj, the current Besiktas player, acknowledged that Lionel Messi sent them a gift in the duel with Iceland, on the final day of the group stage, to encourage them to beat the Vikings, a result that Argentina needed to qualify for the knockout stage.

"Messi sent us 30 autographed shirts for the entire team via Ivan Rakitic. He liked how much heart we had. He thought we played the best football in the World Cup, "said the Croatian.

The defender added that "The Argentines were a little anxious because they feared that in the last game against Iceland we would relax".

It is worth noting that Argentina defeated Nigeria 2-1 in the final round of the group stage, the same result that Croatia dispatched to Iceland, allowing the Trans-Andean players to move into the knockout phase against France.

But in the game against the "les Blues", subsequent Russian champions in 2018, no incentive could prevent the 4-3 with which France eliminated Argentina of the World Cup.