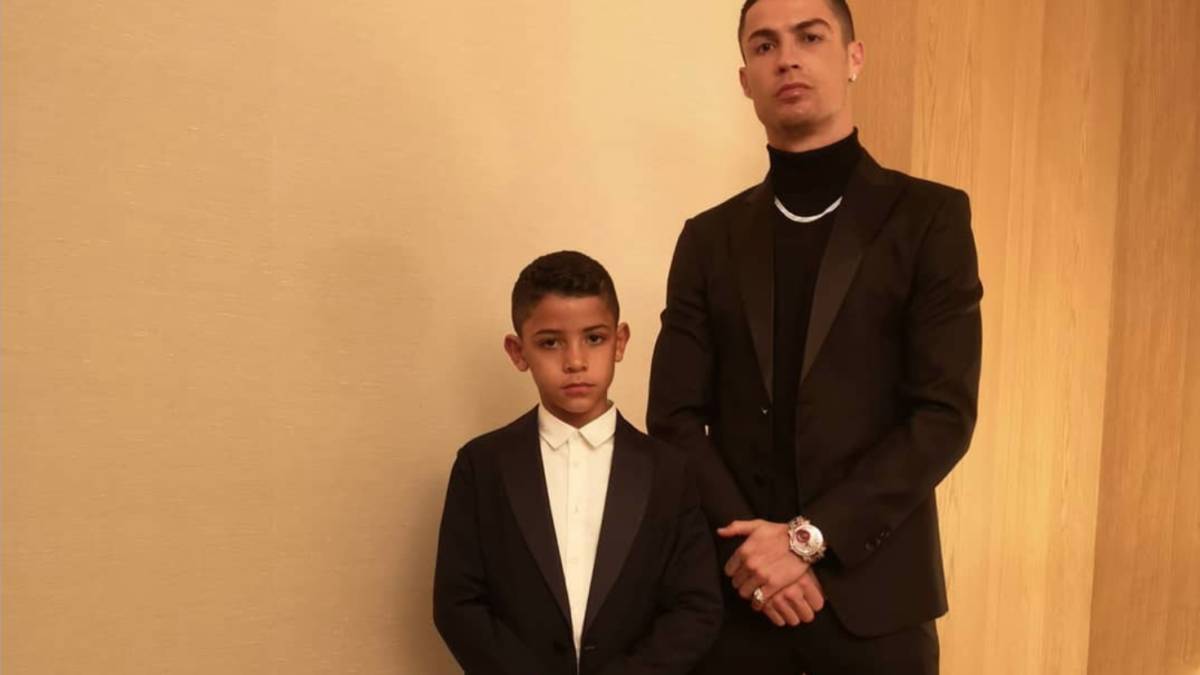 Cristiano Ronaldo has an open front out of his professional side and is none other than that to the case Kathryn Mayorga and the supposed rape in Las Vegas that accuses the Juventus player. Jasmine Lennard, who launched strong criticism of the soccer player and did not have a reaction from Cristiano on social networks, was added to this vortex yesterday.

The Portuguese footballer launched into his Instagram account an image in which he appeared with his son Cristiano Jr. The eldest son of the former Real Madrid player follows in the footsteps of his father in the children's ranks of the Turin team but also seems willing to do so on fashion issues.

"Style", commented Ronaldo in his Instagram account next to the image in which he wears a black suit and a high collar. By your side and with exactly the same pose, appears his eight-year-old son who seems to have learned to pose and do with a serious face.

Cristiano Ronaldo chose to ignore Lennard's words, A British celebrity who participated in Big Brother and who recently accused him of being a "psychopath", a "liar" or a stalker. Lennard, who was with Cristiano during his time in Manchester, claimed to have evidence of the "true nature" of the player.