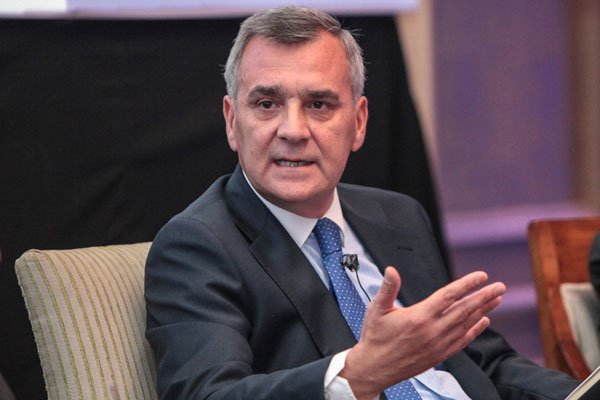 Either way, the chief executive of the entity was open to doing business with the brokers, once they are regulated.

The Supreme Court ruling, which guarantees the closure of bank accounts for criptomoeda operators, continues to generate reactions.

In the context of the second version of the research "La Voz del Mercado" conducted by EY in conjunction with the Stock Exchange, the president of Banco Santander, Cláudio Melandri, celebrated the sentence: "I am very happy that this was so, because not a contradiction" .

The chief executive of the bank controlled by the Spanish capital said that "I have nothing against the criptomoedas sector, but the banks have an obligation to know the origin and destination of the funds and in the sector of criptomoedas that was not known." .

Melandri said that "the decision makes sense to me because it supports a bit the regulation that the banks have, and warns the origin and destination of the funds to avoid situations of money laundering, terrorism financing, drug trafficking, etc."

The president of the entity explained that, when there is a deposit in banks whose origin is unknown, the Financial Analysis Unit (FAU) should be informed, "then, on the one hand, we had this regulation and, on the other hand, they tell us that we have to operate with a company where we are unclear about the origin and destination of resources. "

However, Melandri was open to the crypto-coins industry, and said that "once it is clear and regulated, happy to operate because we are doing business, not to say no."

Melandri anticipated the next steps that Santander will follow after deciding to withdraw from Transbank's acquisition network.

"In April we will go to a model of exchange rates and the most important thing is that it will not affect any customers, neither will realize, it will be imperceptible," he said.

It should be remembered that Santander justified the exit of the Transbank market "following the recommendation of the Chilean antitrust authority, which recommended the move to this four-part model."

The bank said that being an independent player in the payment media industry will have no negative effect on its operations: "We do not see a significant change in our fee revenue."