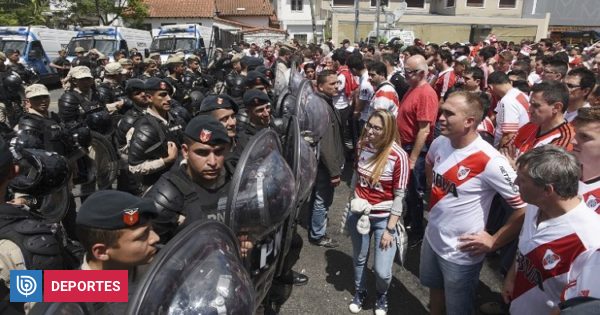 Last Saturday's embarrassment may be expensive River Plate. That's because Conmebol confirmed in the last hours of Monday what many expected: the opening of a lawsuit against the cast & # 39; millionaire & # 39;

The governing body of South American football has ratified, through an official statement published on its website, that "the Disciplinary Unit has opened an ex officio disciplinary proceeding against Club Atlético River Plate."

The letter from Conmebol details that the process opens "due to incidents that occurred on November 24, 2018, the date on which the final round match of CONMEBOL Libertadores 2018 was scheduled."

"The Club has been notified and has a period of 24 hours from the notification to formulate its allegations and to present the evidence that, in its defense, deems appropriate," added Conmebol.

From this process, the square "rojiblanco" will be investigated and may end with a severe sanction against him.

Recall that River fans over the weekend attacked the bus that moved to the campus & # 39; bostero & # 39; with sticks and stones, which ended with injured players and postponement of the clash.

This Tuesday will meet in Luque, Conmebol headquarters, leaders of both clubs with the body with the idea of ​​reaching an agreement.