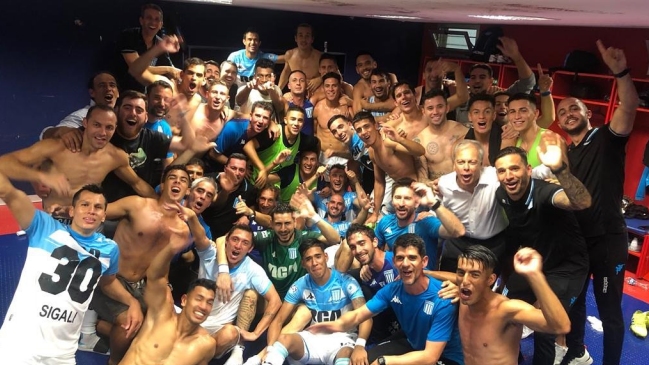 A moment of glory lives Racing Cluband their Chileans Marcelo Díaz, Gabriel Arias and Eugenio Mena, after being crowned champion in Argentina after five years. This achievement caused a great celebration of its fans and a great copper of the transandina press, that emphasized in his covers the title of the squadron of Avellaneda and national.

Olé, one of the most traditional sports media in Argentina, titled in his cover "Super Champion" and a photo of the entire campus celebrating, while in the body of his writing highlighted "the defenses of an international like Arias, the escalations of Selection of Saravia and Mena, the solvency of Sigali and Donatti, the brain of the Chilean Diaz"

For its part, Clarin and The Nation They also highlighted the Racing champion by doing an analysis of the game and highlighting the large numbers of people who filled the Obelisk to celebrate an elusive crown in recent years for the Academy.

Finally, Popular newspaper He also put a big picture of the celebration on its cover, with Eugenio Mena among the celebrations and inside the note a video with Gabriel Arias as protagonist of the club's feat.