Chilean morning experienced unpresentable Christmas embarrassment: it was revealed that it was recorded | TV and Show 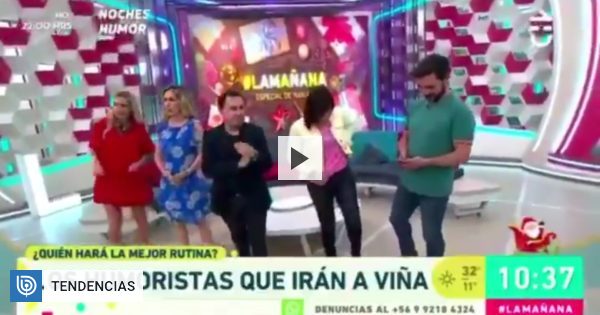 Chilevisión was the only channel that this morning decided to broadcast its morning instead of playing Christmas films. Regardless of, a supervision of the editing made it clear that the program was recorded.

In the chapter were the speakers Paulina Rojas, Scarleth Cárdenas, Rafael Cavada and Cristián Pérez; who analyzed what would be the performance of the comedians in the next Festival of Viña del Mar.

But when they returned from the main note of space, the failure starring Perez and Cavada made it clear that the program had been recorded. At that time, everyone gave their opinion about the comedians, but the The TVN journalist forgot the name of the artist who gives life to "Violento Parra".

It was then that "Chico Pérez" played a rudeness in the air and forced production to resume the return to the panel of the above mentioned journalistic note.

Cavada had no choice but to apologize for his mistake and then told him that the comedian's name is Mauricio Palma.

The magic of television pic.twitter.com/ACL1EUuqIN

Subsequently, and calmer, they were able to run the link again on television and continued with normalcy in the show, although everyone had already realized that it was late.

The moment was captured by the Twitter user @Televisivamente, who published it on social networks.