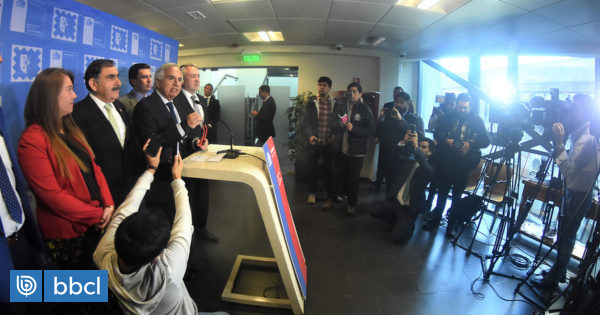 Visiting Temuco, Interior Minister Andrés Chadwick reiterated that he maintains President Piñera's confidence in the request for resignation and possible constitutional indictment against him.

The above, after a week in which the opposition reactivated its offensive to try a constitutional accusation, but that during the week was diluting its options and, after a meeting in the Broad Front and in the New Majority, only remained like an option for March , largely because initiating the lawsuit in January could have forced an extraordinary session during congressional holidays in February.

His turbulent week was triggered after hearing the statement before the Public Prosecutor's Office of the former head of the Araucanía Area of ​​Public Order Control, the general resignation of Carabineros Mauro Victtoriano, in which he assured that he informed the minister from the outset – , on November 14 – there was no exchange of gunfire in the incident that caused the death of Camilo Catrillanca, and that even the member of the Mapuche community was unarmed.

– Andrés Chadwick, Minister of the Interior.

In addition, what reignited the controversy was his excuse: "Unfortunately there was very poor communication and interference," he explained last Monday.

In this context, and to show strength against the assault, he arrived in La Araucanía early on Thursday and insisted – in repeated press moments during the day – that the determination to remain in the position rests with Piñera, "elected the vast majority of citizens ".

In addition to the critics of the Mapuche communities who asked him to leave, he presented his argument in the same line: "Who decides whether I can do good or bad to the government is the President of the Republic and it is clear what he pointed out and today I am here in Temuco. "

The Secretary of State, together with his Social Development partner, Alfredo Moreno, met with victims of arson attacks and farmers' associations in Bío Bío, La Araucanía and Los Ríos.

"We have given them benefits that they deserve, need and are urgent that they can receive. We deliver to victims of rural violence 10 project Sercotec in order to recover their recovery action and we have given 10 housing allowances to those who have lost or damaged their homes as a result of violence, "Chadwick explained.

In passing, the Secretary of State announced the installation of "a special office of permanent assistance to the victims here in the Intendance … All will be conducted with weekly meetings by Mayor Jorge Atton to address the situation of the victims."

In particular, the new unit will be in charge of Hannelore Vander Stelt and expects to serve 250 people from the register of victims during the first half.

"We have sinned by arrogance"

Meanwhile, the current director general of the Carabineros, Mario Rozas, referred to the institutional crisis faced by the uniformed police during the last time, as a result of fraud, Operation Hurricane and the case itself Catrillanca.

The statements were issued by Rozas during the development of the Senate Public Security Commission, which seeks both police – investigations and uniformed – to make observations and point their latest advances towards the bill that modernizes management and whose progress has been especially commissioned by Piñera to Chadwick.

The institution came to this crisis "because we considered ourselves self-sufficient and did not observe what was happening around us … we have sinned proudly," he admitted.

"This crisis is an opportunity and that is why this generational change requires all this paradigm shift," he said.

Meanwhile, senators from all sectors agreed that before conducting an in-depth analysis of the Commission's Carabineros, it is necessary to have government officials in the discussion.

So they decided to extend an invitation to Minister Chadwick, who will possibly go to that court in the next few days before the watchful eye of the opposition, who internally continues to examine the grounds for initiating a constitutional charge.