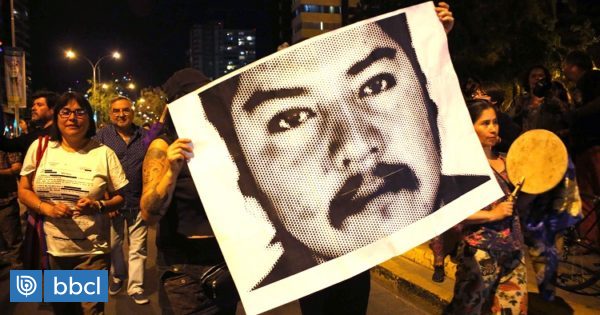 On Monday, at Collipulli Court of Defense, the State Defense Council (CDE) he complained against the four deputy police officers who were involved in the procedure that led to the murder of the comunero Camilo Catrillanca.

The legal action imposed against Patricio Sepúlveda, Carlos Alarcón, Raúl Ávila and Braulio Valenzuela, seeks to prosecute crimes of homicide and obstruction of justice according to the La Tercera slogan.

The investigative branch of the "obstruction of justice" is based on the fact that the exhumed four ensured that did not exist audiovisual record of the procedure.

At this point, it is necessary to remember that Valenzuela ensured that he had destroyed the memory card of his camera to keep intimate pictures of his wife, which means that there was no audiovisual record of what happened on November 14.

Something that was finally denied by the knowledge of the recording made with a supposed personal camera of Sepulveda. According to the media above, the CDE considers that the fact that these new images were delivered to the Prosecutor's Office last week only meant that the entity was deprived of a "key piece" in investigative issues.

Recall that the publication of these images, triggered the departure of Hermes Soto as general director of Carabineros and even, that today the opposition puts President Piñera to dismiss Andres Chadwick as Interior Minister. If not, they threaten a constitutional charge that, if approved, could leave Chadwick without public office for 5 years.

The complaint imputes to the ex-Carabinieri Alarcón and Avila the murder crime, in addition to detailing the aggressions suffered by the under 15-year-old M.A.P.C. at the time of his arrest.