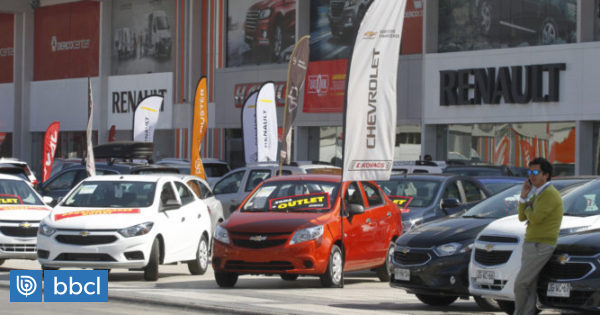 The Chilean National Automobile Association (ANAC) delivered its November report on Friday, which revealed that – for the first time in two years – the sale of new vehicles fell 2.7%.

According to the report, the drop is due to declining consumer confidence and the effect of having two business days less before the weekend.

"This decline in the growth of the sale of new cars is part of the cycle, due to the speed with which the industry is growing, but it is not alarming," said José Manuel González, manager of Tanner's automotive division. Recall that November began on the 5th and also faced the appreciation of the dollar, "he said.

Despite the contraction in the eleventh month of the year, the automotive sector maintains its projections for 2018, with sales that can exceed 400,000 units.

"Probably in the coming months there will be a normalization in the market, with modest growth in the sale of new cars, after several months of progress that generate a very challenging comparison scenario," said Gonzalez.

Between January and October, the best-selling cars are Chevrolet sail, Kia Rio, Kia Morning, Suzuki Swift and Toyota Yaris. On the other hand, the most preferred SUVs were Toyota RAV4, Nissan Qashqai, Hyundai Tucson, Mazda CX5 and Nissan Kicks.

"It is hoped that eventually this smaller activity in new could boost the sale of used cars, since they are inverse growth markets, and although this has had a modest performance in the last two years, there is a huge growth potential in both sales and financing, "he warned.