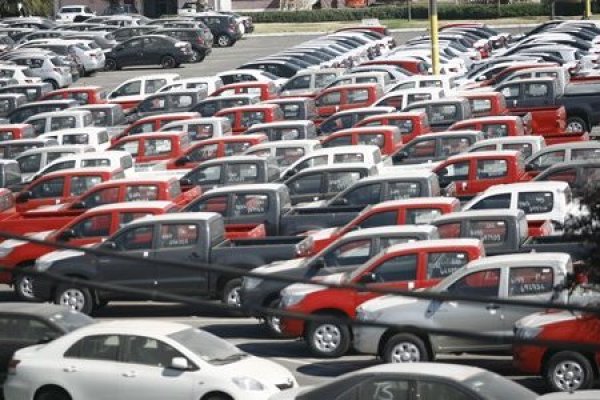 In the second to last month of the year, vehicle sales reached 33,518 units, a decrease of 2.7% over the same period of the previous year, marking the first decline since April 2016.

One of the figures that the government has taken to graphically represent their opinion that the country is going through a good economic time is the numbers of car sales. And it is that this market keeps on breaking records every month, but this time the situation was different.

According to data from the National Automobile Association of Chile (Anac), in the second to last month of the year vehicle sales in the local market reached 33,518, a decrease of 2.7% over the same period of the previous year, marking the first low since April 2016.

Anyway, with the number reached last month, sales for the year reached 382,057 cars and have already surpassed anything that was achieved in 2017, despite the fact that December sales still remain, a month historically car sales.

In detail, SUVs continue to reign in the Chilean elections, as it reaches 135,000 cars this year, an increase of almost 30% over the same period last year.

As of November, the market is still dominated by Chevrolet, which has a market share of 8.7%, followed by Suzuki with 8% and Hyundai with 7.8%.

From Tanner's automotive division, they explained that "this decline in the growth of new car sales is part of the cycle because of the speed with which the industry was growing but not alarming, remember that November came out on the 5th and also faced the appreciation of the dollar, "said the area's manager, José Manuel González.

"This lower activity in new vehicles is expected to boost the sale of used cars as they are reverse growth markets, and although this has performed modestly over the last two years, there is enormous growth potential in both the sale as in financing, "he added.

However, they have projected that "the next few months will likely see market normalization with modest growth in new car sales after several months of progress that create a rather challenging comparison scenario."