Home / chile / Attached to the money, Germany says goodbye to the 500 euro note

Attached to the money, Germany says goodbye to the 500 euro note 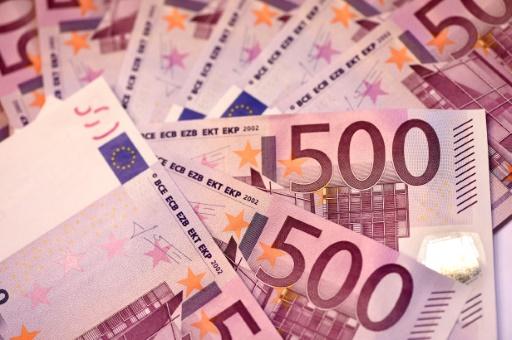 In addition to the criminals, few Europeans will lose the note of 500 euros, condemned to disappear progressively from this Sunday. But in a Germany very close to money, this farewell is more painful.

"I prefer money in large amounts, that does not mean I do something dubious," says Rolf, 61, questioned in Frankfurt, who paid for a used car with money.

For Rolf, it is "difficult to accept" the decision of the European Central Bank (ECB) to abandon the issuance of euro 500 notes by 17 of the 19 national central banks. Only banks in Germany and Austria will continue to print them until April 26 to "ensure a better transition," according to the ECB.

Tickets sent to central banks can be exchanged for smaller units and those that are not exchanged will not lose their value.

"They can continue to be used to pay or to save," Eva Taylor, a spokeswoman for the ECB, told AFP. The volume in question is modest, since the EUR 500 banknotes represent only 2.3% of the currency in circulation.

The Frankfurt institution decided to stop issuing 500 euro bills in 2016, justifying the decision because of fears that it "would facilitate illegal activities." The ticket, dubbed "Bin Laden," allows to transport discreetly huge amounts and facilitate the circulation of money from illegal activities, corruption or terrorist financing.

One million euros in 500 accounts represents only 2.2 kg of paper and can be hidden in a bag for a computer. The same amount in US $ 100 bills, the largest cut in the US currency, weighs almost six times as much and its transportation is less discreet.

But the ECB's decision has been badly received in some countries, including Germany, which fear it will be the beginning of the end of the cash flow and the beginning of widespread oversight of financial transactions.

Jens Weidmann, governor of the Bundesbank, had estimated that the disappearance of the 500-euro banknote would barely disrupt criminal activity but would "undermine confidence" in the single currency.

Some critics also regret that without such notes, it would be very difficult for commercial banks to physically deposit large sums of money to avoid costly deposits at the ECB, which imposes a negative rate of 0.4%.

When the euro was born, it was due to pressure from Germany, which previously had a thousand-mark account, roughly equivalent to 500 euros, which was created in this court.

However, even in this country, where paying at the restaurant with a card is almost impossible, cuts of 500 euros are no longer used than in the rest of Europe. For many customers, this ticket a little higher than the others is a problem.

"No one wanted to accept them in business," says Suzanne Spenner, a 50-year-old mother's assistant.

According to a study conducted by the Bundesbank in 2017, more than 60% of the Germans had a 500 euro account at least once in their hands.

In shops such as Lucia Bassing in Frankfurt, card payment has more place, but it is still happening that there are customers who pay a 3,000 euro account with tickets.

"I will not miss the 500 because I do not like having them, but I'm happy to accept them from customers," he says with a smile.