"Arturo gives you everything": praises to the Barcelona coach who praises the figure of Vidal | Soccer 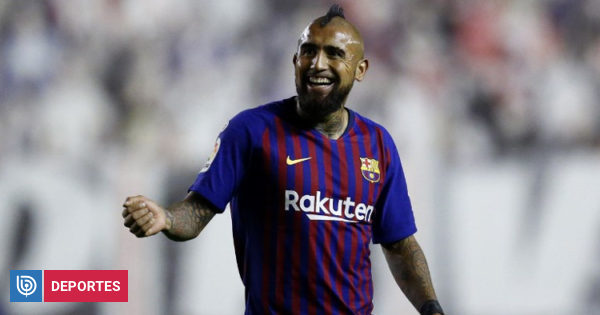 The technical director of Barcelona, Ernesto Valverde, again praised Arturo Vidal, but did not confirm whether the Chilean will start this Saturday against Espanyol in the Catalan classic.

In a press conference, Valverde stated that "Arturo gives you everything, makes a great effort and a great journey"He nodded.

"Sometimes you would hold, but that enthusiasm to bring the team forward is good. I know we are a team that manages position, but football is football and you have to have players that go into space and break "complemented.

It should be remembered that the Chilean midfielder did not go last Wednesday in a 4-1 victory over Cultural Leonesa, for the 32nd round of the Copa del Rey, due to a "feverish process."

In addition, the strategist for Arthur, with whom Vidal fights in a place in the mediocampor, pointing out that "he is a player who gives us a lot of control over the game.It makes the team united because it pushes the team forward.He is a very safe player with the ball.It is different from the rest. I hope he recovers and has all the options. If it's not, it's something we lose. "

The Spaniard told the media that "not all players are the same because each person is different. When it comes to managing the group, you do it one way or another. But there is something that everyone agrees, this is taken into account. "

It is worth remembering that Barcelona and Espanyol will be measured on Saturday at 4:45 p.m. in the RCDE Stadium.