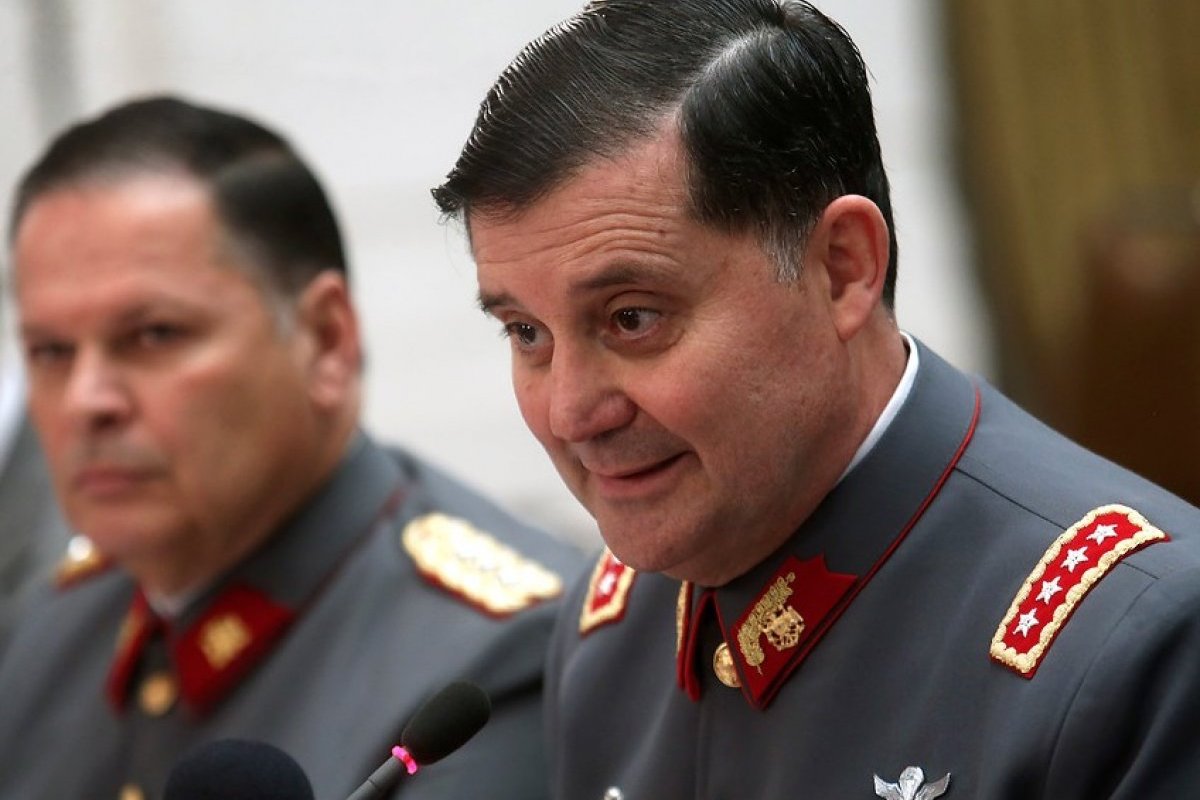 "I summoned General Martinez to present a report on this subject, the government of his excellency, President Sebastián Piñera, is committed to full administrative transparency," Espina said from the defense office, following revelations in the case. Weekly "The Clinic".

He reiterated that these denunciations "are already judicialized" and that happened in the institution's past. "The Commander-in-Chief of the Army told me he referred to past events, which are military justice."

At the Aula Magna military school, Army commander Ricardo Martinez spoke "euphemistically" to nine hundred officers on Tuesday and unveiled the unprecedented ties between some of the men under his command with organized crime, as revealed. exclusively the weekly "The Clinic".

"We have information that there are permanent officials and cadres who buy weapons through legal channels, who abandon them, but what they are doing is selling them to groups of traffickers, criminals." This is what we are talking about, "commented the commander of this fundamental branch of the Armed Forces.

As "painful," Martinez called the recent departure of twenty-one generals of the high command, a measure that President Piñera took after the scandal of toll and per diem overbilling. Martinez said there are no more irregular acts in the institution.

The commander confessed that "over time the internal regulations were out of compliance with the laws and that this led to administrative errors being investigated by the Controller General of the Republic in judgments of accounts where those affected should return the amounts in question, to sometimes up to two hundred million pesos. "

In his speech to speak openly, Martinez stressed that, after the crisis caused by the multiple deviations committed in the institution, there will be other cases related, in particular, to the resources of the Reserved Copper Law.

The senator of Antofagasta and journalist, Alejandro Guillier, also pronounced on the delicate particular, in these terms:

"An army without discipline is a horde of very dangerous people." The brutal recognition of General Ricardo Martínez by the seriousness of the corruption in the Army forces us to reestablish the civil control over the Armed Forces. https://t.co/8JmyluFcdu