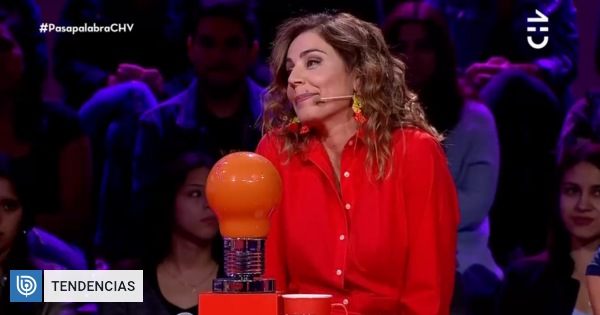 Tonight there is a tense chapter of Password Chilevisión, which will raffle a historic rosco of 194 million pesos among the competitors Jorge Figueroa and Gigia Ramírez. However, there was a "flaw" in the production of the show that caught the eye of the viewers.

The teams were completed by Alfredo Ugarte, "Lindorfo" Jiménez, Bárbara Rebolledo and Catalina Palacios; who supported the "captains" to arrive with as many minutes as possible in the end.

It was the journalist who lived a confusing moment within the program, since in the game called How do you write, they gave him four options to guess the correct way to spell the word Leakage

At that time, Rebolledo guessed right option number 4, which came with a misspelling of production, since it said "Apolejía".

#pasapalabraCHV None of the alternatives to Stroke are correct. And they gave as correct the 4 (Apolejía) pic.twitter.com/BHWAZOWpYn

#Pasapalabraschv they wrote the wrong 4 and said it was correct pic.twitter.com/xSm4iL1ZMf

While the error was a few seconds on the screen, there were twitterers who noticed and expressed themselves on social networks, indicating that they had made a mistake in the program.

Despite this, Rebolledo's response was correct and the second went to the team of Ramirez, who is a dentist and commercial engineer.

The Spanish Royal Academy defines Stroke as the more or less complete, and often sudden, suspension of some brain functions due to hemorrhage, obstruction or compression of an artery of the brain.