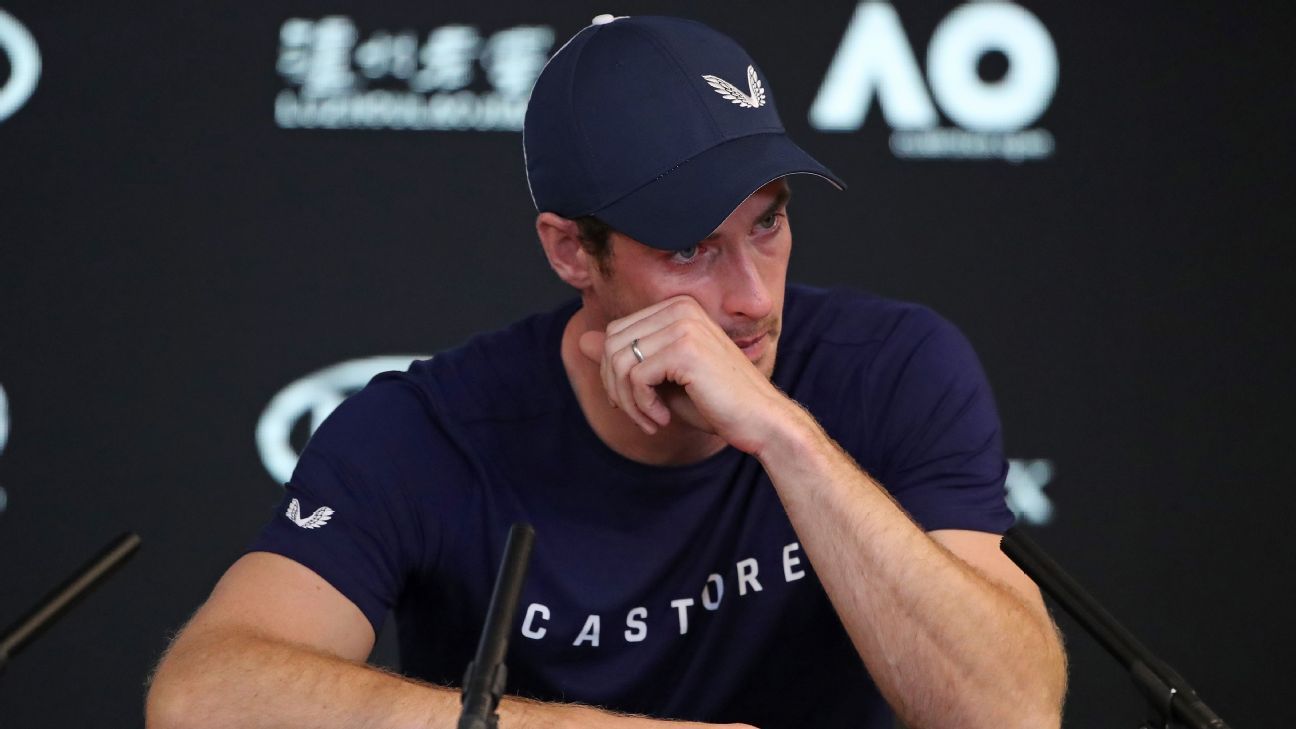 I could not speak. He broke in the middle of the Andy Murray conference in the Australian Open ante-room. He is suffering from an ordeal and can not hide it after being operated on his hip in January 2018. And between tears, he confirmed that after Wimbledon, if he can, he will say goodbye to tennis. "I'll be at the Australian Open and hope to be able to play at Wimbledon in the last tournament of my career," said the 31-year-old and 14 seasons as a pro.

Murray, who will debut in Melbourne against the Spaniard Roberto Bautista (22), could not hold back the tears after being asked about his current feelings. "I have suffered for a long time, a total of twenty months, I tried to do everything possible, but the pain did not stop," said the Scot.

"I do not want to continue playing this way, I'm not willing to continue this pain in the next five months," he said.

Murray, who was a finalist in the first Grand Slam of the year on five occasions, commented that he must also take into account the "quality of life" and that a new operation may deprive him of competing at the highest level.

As number 1 in the ranking was 41 weeks (he achieved in 2016) and in his career he has won 45 titles, 3 Grand Slam (2 Wimbledon and 1 US Open), in addition to having reached a final of Roland Garros. He also has two Olympic gold medals and was a Davis Cup champion. In his 14 professional seasons, he has won 663 matches and lost 190. Today he is 230th in the rankings after a long absence in 2018.

The first of the emblematic Big Four, which also included Roger Federer, Novak Djokovic and Rafael Nadal, who will bid farewell.