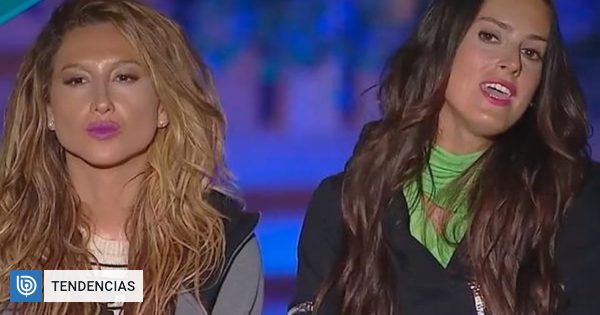 The model Adriana Barrientos is in controversy after sharing a post on Instagram by mocking Nicole Moreno, after his 16-year-old son was accused of attending a frustrated homicide.

In the social network Barrientos shared a video of a discussion with "Luli" in the reality show Test love, where he made his partner then irritated by calling her "Flaite" and ensuring that he would "cut off the face."

"Luli sorry for not labeling you (but) you blocked me," he added in the publication that accumulates more than 87,000 reproductions. "You were right you were going to leave me a detail on the face jajajajajajaja you drive perfect in this", he added.

The clip was published on the same day that Moreno's son was temporarily hospitalized at a Sename center during the investigation of the case, which will last 100 days.

In the comments of the publication of Barrientos was generated a great controversy where many criticized that the model mocked of Nicole amid a delicate situation that even has a young person shot with vital risk.

"Now you laugh, but when you get older you will not have anyone, because a child is the only thing you have for sure that you really love and without condition.Let's laugh, but I want to see you in a few years' time, like a dog , because that's how people like you stay. Do not worry about blocking me because I'm going to stop following you "said one of his followers.

"You're so poor in mind that you use this to leave your mausoleum… Pathetic, fortunately, you are not a mother, "said another surfer." Pathetic and ordinary, so you show that you are more evil than the people you talk to, you break it and, with all the money in the world, it will be taken from you, "said another.

The model came out to defend herself through her stories on the Instagram, where she shared the support of some of her followers.

"For those who get serious: I carry videos of people who think the same way I do ", wrote next to the photo of a comment of someone who criticized those who defended the son of Moreno.

The enmity of Moreno and Barriento has been dragged for several years, when Adriana accused Nicole of stealing a boyfriend.

Recall that the Investigative Police confirmed on Saturday that the model's son was arrested for his alleged participation in the shooting of a 16-year-old boy in Las Condes.

The minor was arrested in San Fernando and, as detailed by the PDI, it was his mother who delivered him to the police, so that the arrest was made at the police station.