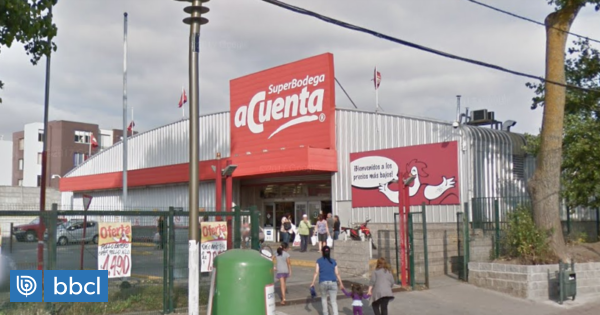 So far in 2018, SuperBodega Acuenta increased its sales by 10% in relation to 2017 and, in the last ten years, managed to transform itself into 15% of the company's transactions on national soil.

Along these lines, in its plan for the future, Acuenta announced an ambitious "Digital Jump" and the opening of 20 new stores in three years.

The above is consistent with the investment of 800 million dollars by Walmart Chile, its parent company, for these purposes, between 2017 and 2019, injection that also includes the chain Lider.

According to the format manager of the company, Francisco Núñez, for Diario Financiero, although there is a lot of competition, Acuenta has been able to position its presence in small or remote cities: 116 stores that manage, only 30 are in the metropolitan area.

Not for nothing Walmart Chile has more Acuentas than Lider Express: these facilities have a smaller surface area, which makes them more suitable for smaller cities.

Due to the above, the next openings will be concentrated in regions, sectors that seek to value.

"Superbodega Acuenta's strategy target low-income socioeconomic segments and is an efficient vehicle to enter small or far away cities that do not have enough volume to enter large hypermarkets, "he said.

Thus, the executive also highlighted the results of its low price formula, which is based on "a share of own brand of the order of 30%."

"The best way to retain customers is to invest all we can to keep prices low ", something that has its genesis in maintaining the competitiveness and reduce costs, guaranteed the environment.

For some time, Walmart Chile opted for improve your digital area, what Acuenta will do now, according to Núñez himself.

Thus, the debut in e-Commerce could see the light in 2019, at least in some places, since they see it as "A plus in terms of offer", which would be complemented by his regionalist tactics.

"The business online at the retail It was a gigantic advance and has tremendous growth. Walmart Chile in general is very focused on online. For example, the acquisition of Cornershop, as well as many investments in pick-up in stores and improving Lider.cl with a change of platform, "Núñez said.

In relation to this app, which Walmart Chile bought at $ 225 million at the time would only be targeted to Lider and its Express variant, although has admitted that it will evaluate an alternative. "I still could not give an answer," he said.