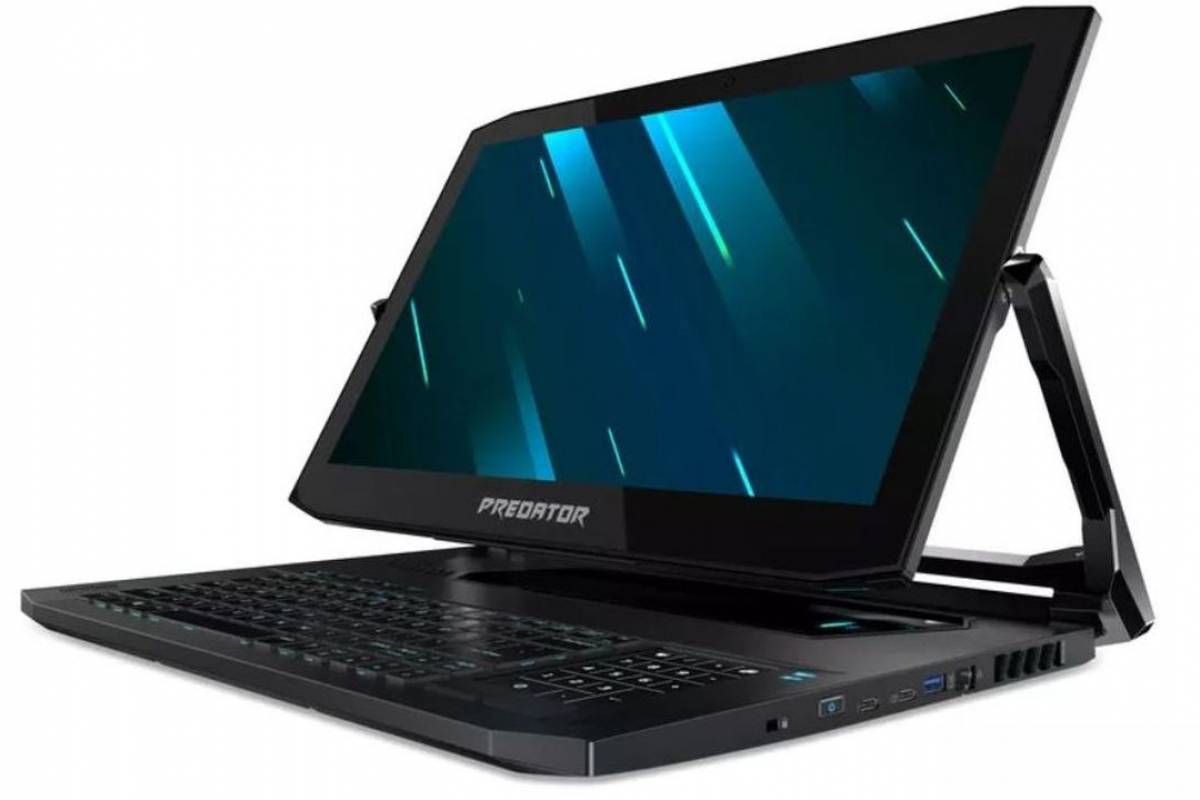 We have that in the context of the CES 2019 were presented two new gaming laptops, that is, the new models of the line Acer Predator Triton based on the unique design of the Triton 700 Predator.

Starting with Predator Triton 900, is a convertible laptop that comes with a hinge that allows you to change the angle of the screen to use it as a normal laptop in tablet mode so as to touch the screen and touch screen.

It has a 17-inch IPS 4K monitor with Nvidia G-Sync technology and is complemented with powerful specs as it can be configured with Intel Gen Core i7, Nvidia RTX 2080 GPU, NVIDIA PCIe SSD and up to 32 GB DDR4 memory. .

It even comes with an Xbox wireless receiver to use the Xbox One controls if you prefer the mouse and keyboard.

This Predator Triton 900 will be released in March priced from $ 3,999, although it should be remembered that the model has already received some criticism for the positioning of the touchpad on the keyboard which for some is a design flaw for not being easy to use.

However, for those who prefer a slightly more affordable option, they will have the option of Predator Triton 500 which is a thinner and portable laptop as it measures only 1.7 inches thick and weighs 1.8 kilograms.

In terms of specs, it has a 15.6-inch screen with 1080p-to-144Hz resolution and Nvidia G-Sync technology, and there are similar configurations with up to an Nvidia RTX 2080 GPU, Intel Core i7 processor, NVD PCIe SSD and up to 32GB of RAM.

The Triton 500 Predator will be available in the United States during this quarter with prices starting at $ 1,799.99.