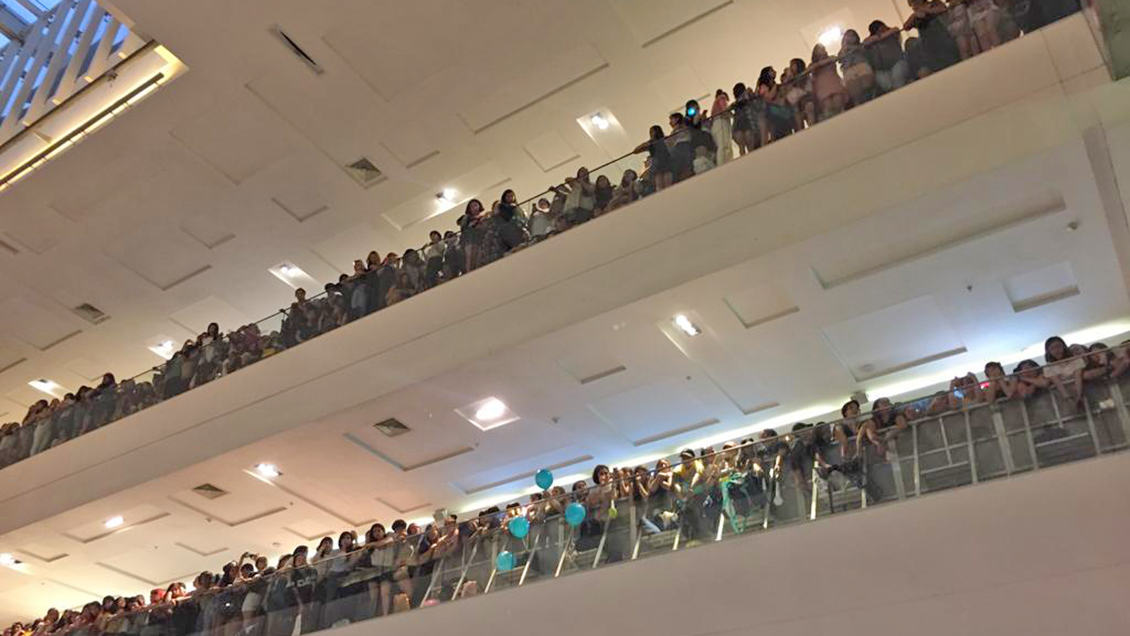 Super Junior, BoA, Red Velvet, SHINee, Girls & # 39; Generation, NCT and EXO, among other artists, will participate in the festival SM city in Chile this weekend. And on Thursday afternoon there would be a press conference with some of the group members at Mall Plaza Egaña.

For this reason, hundreds of fans came to the mall in La Reina to see their idols. But they could only see them from the second and third floors of the building, since in the first the musicians would be next to the press.

Thousands of fans waiting for the press conference of #SMTOWNenChile at the Plaza Egaña Mall. Adults and children waiting on upper floors by artists Cooperative pic.twitter.com/Jl7RGBUIDh

Is anyone else at the Plaza Egaña mall ??? #SMTOWNenChile pic.twitter.com/HCaZUeI9y8

K-Pop music fans filled the glass rails of the central zone at different levels and some even managed to infiltrate the area that was closed to the public, so suddenly the production decided to cancel the activity.

"We from the beginning said that there could be no one on the first floor with us as a security measure", manifested through the amplifiers the influencer Lorena "Miki", which rose as one of the faces associated with the events of the musical genre in the country.

In addition, he pointed out that "what matters most to us is the safety of people". At that time, security was not being met. So, unfortunately, it was decided to cancel this press conference because the rules and security measures were not fulfilled."

Anahí Cortés, communications officer for NoiX, later pointed out that "We wanted to make sure that all fans could attend this one-of-a-kind press conference in Latin America, but we never imagined that the fervor and the number of fans and that many would come to the mall".

In this way, all the enthusiasm of the fans in seeing the Korean artists was frustrated and now they will have to wait for the event to be held this Friday and Saturday at the National Stadium to see them.